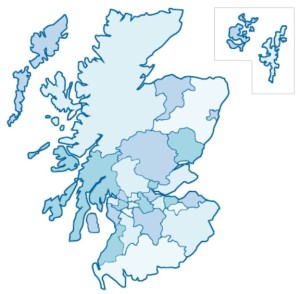 Maritime marvels, natural wonders, and heroic moments: when you follow the trail of Ireland's great lighthouses, the sea surrenders its secrets… https://t.co/jhcq8Ds8oI

https://t.co/l0xsjx46Ch The River Drowse in County Donegal is exceptional for Sea Trout and Salmon fishing alike.

Once the stronghold of the mighty O'Reilly clan, Clough Oughter Castle stands on a man-made islet surrounded by the tranquil waters of Lough Oughter in County Cavan. pic.twitter.com/SK23vX3RLS

County Cavan- the perfect place to get away from it all: http://t.co/pUeNkphvVd RT @ThisIsCavan: Enjoying the view pic.twitter.com/PrXFWFIhY4

Would you climb the Cuilcagh Mountain, on the border between County Fermanagh and County Cavan. https://t.co/Z80QBIRzo6 pic.twitter.com/bGgTCn5Rj8

Situated an hour from Belfast and Dublin, County Monaghan is being dubbed as the perfect ‘post-Brexit’ base for investors. Great to see today’s write-up in the Belfast Telegraph on the economic investment potential of Monaghan: https://t.co/p83CyCLEXa

For the first part of an Irish Times series on walking the border, I explored some of the vast untamed frontier of County Monaghan. https://t.co/XGajdqWL0n

People flocked to a rural area in County Monaghan to pay tribute to Big Tom McBride – the man they called the King. pic.twitter.com/TIET2eP34q 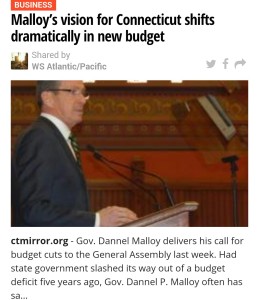 For the first time in Australia, a wild dolphin's been filmed giving birth. And as @katesmithers reports, it happened in Mandurah. #7News pic.twitter.com/I4Xm5hz629

Baby dolphin euthanised at Mandurah last wk, was not the calf named Breeze & was not known to researchers #Australia https://t.co/U1nuUSsvvt pic.twitter.com/4PhWl0ys36

Hot off the press: Genes revealed that bottlenose #dolphin population off Bunbury, Western Australia, was once an important source of migrants for nearby populations… https://t.co/TU3Mni3MyP pic.twitter.com/V3FfQ4kMFB

“I know where I want to retire” – @Zammok shows us how to spend an awesome weekend in @AustraliasSW cruising Eagle Bay beach, surfing Margaret River and exploring Bunbury & beyond. @WestAustralia @Australia pic.twitter.com/fuVipKM7UH

A third-generation crayfisherman operating from the Abrolhos Islands off Geraldton says WA Fisheries Minister Dave Kelly has done little to address his fears about the future of his family business. https://t.co/j9moqxu5tq

Our Australian based @NZDefenceForce team involved in some pre-ANZAC Day services.
LtCol Lisa Kelliher was the guest speaker at St Edmund's College #ANZAC Commemoration in #CBR while a NZ wreath was laid at the Kapyong Korea Service in Albany, Western Australia by WO Gary Clark. pic.twitter.com/U3ghUK9zR1

Summer means adventure time in the Canadian Rockies! Enter our #AdventureHere contest and you could win a stay at one of our Western Mountain properties. Take our #AdventureHere quiz to find out which resort you would be best suited to visit: https://t.co/bBtJjJnVfe #banffsprings pic.twitter.com/li8K6xWeGy

Very disturbed to hear the news of this vicious and cowardly attack. The entire NDP Caucus and I stand with the MCCF and Muslim communities and against this kind of hate and intolerance. We must all come together to end racism and islamophobia. #yyc #ableg https://t.co/1tBVdfcPQ3

Get on the bus and go inside the world of special effects on our BLEEDING ART INDUSTRIES SPFX SHOP TOUR! The first one has already sold out so dont sleep on tickets to round 2 https://t.co/wcCvcgG0W1 #CIFF20 pic.twitter.com/uneHx341zX

Varcoe: Stronger second half expected for Alberta's sluggish 2019 economy.
“The first quarter was horrendous,” says Ensign Energy Services president Bob Geddes. “We are going to be busier in the back half of the year.”https://t.co/19UUKc0uI1 #yyc #ableg #yeg

“The issues are being skewed away from capital and growth and investment to emotional issues, that feel good and sound good…” said Precision Drilling Corp. CEO Kevin Neveu

Biomass offers the opportunity to cover a quarter of EU’s energy use by 2050. @EUBCE https://t.co/LdR0Xx4Jru @Energy__Academy @univgroningen

"@WSjp_insight: The #Netherlands in top 3 for economic #infrastructure according to WOrld Economic Forum @wef. https://t.co/Dw9nP15ojz 1/2 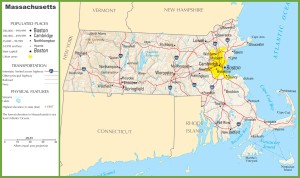 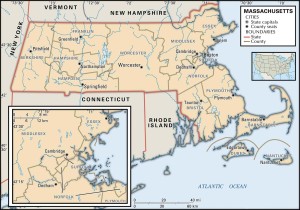 New study by @UNSWCityFutures at @UNSWBuiltEnv found that moving workers close to a wider range of jobs would lead to a $17.57 billion boost to the NSW economy over 40 years. https://t.co/wt6f7Sx7hX

New South Wales has the strongest economy in Australia: its budget is in surplus and unemployment, at 3.9%, is at a record low https://t.co/nmjRhqAzZ2

The Central Coast is set for a major tourism boom with the region securing the right to host the New South Wales Koori Rugby League Knockout.

The indigenous football event is expected to inject millions of dollars into the local economy.@sarah_iuliano pic.twitter.com/mhoLU77p0e

Angus Taylor condemns us to another round of energy stupidity | Simon Holmes a Court https://t.co/7WvCtuISHc

When the view is so good, you simply can’t bear to look away. 👀

“It’s alright, mate. There are plenty more fish… err, koalas in the bush.”

“Did someone say dessert?” 🤤

Manda here has clearly already demolished her grass and is ready for the next course!

After two rounds of the Suncorp Super Netball season, the New South Wales Swifts are undefeated and joint leaders of the competition.

Playing a crucial role in defence, the Central Coast’s Lauren Moore, who’s made an inspirational comeback to the elite level.@steveallan4221 pic.twitter.com/1SbtqXONLE

This morning the Port Kembla team welcomed Svitzer Ruby to the South Coast of New South Wales. Over the coming weeks, Svitzer Ruby will prepare to enter service. She is a very welcome addition to our fleet, and will proudly serve the Illawarra region! #svitzerau #teamsvitzer pic.twitter.com/YtCmwaL84C

For the sake of NSW and the national economy, Gladys Berejiklian's government needs to be re-elected. My piece on the NSW election was popular with Crikey readers https://t.co/xJYDyapspY

We've taken NSW from the worst to best economy in the nation, and the job isn't finished. https://t.co/1HDMYmpUdC #nswpol #nswvotes

Done by the NSW Liberals/Nationals Govt who rebuilt the economy (after it was trashed by Labor) & built or rebuilt 94 hospitals @NSWHealth https://t.co/pE8dXNPl2N

.@GladysB: I don’t ever want to see NSW go backwards again. Unfortunately for 16 years it did under Labor. We’ve turned the economy around because we are making record investment.#PeoplesForum results live now on Sky News on @Foxtel and at https://t.co/PrVnDgr1PV pic.twitter.com/Zvtrf26n2I

.@ScottMorrisonMP on the NSW election campaign:

I’m always worried about the prospect of a Labor government because it means higher taxes and a weaker economy. Labor will always leave the jurisdictions they’re responsible for, weaker.

.@RealMarkLatham: It is Liberal policy in NSW to go to a carbon free economy as a target- even worse Michael Daley wants to legislate a carbon free NSW economy.

You need someone like me in the upper house so I can block legislation.

The STEMShare program knows no bounds! Lord Howe Island Central School is the most remote school in the New South Wales Department of Education and Training. So much excitement. See their amazing engagement with the @STEM_Share tablet robotics kit! @Michelle2795C @greentree_mark pic.twitter.com/8faG5NefPN

Hey #GCdigital checkitout: via 🇦🇺, New South Wales: what a concept! Government *is* legs + regs! Going straight to the wiring of government: writing ‘rules’ as machine readable code is truly a transformative and innovative business strategy for Digital Gov.

According to health experts, the reduction in numbers in New South Wales is a result of the state’s increased use of PrEP. https://t.co/B9jQ1QjjYr

Good question. Why isn’t the #housingcrisis an election issue? #ausvotes

“More than 110,000 households within the western footprint outside the New South Wales capital are currently experiencing housing stress, representing half of the total population.”https://t.co/RjZWY7jlHS

Construction has begun on one of Australia’s largest #solar projects! Once completed, the NSW farm will have the capacity to power over 75,000 homes. Via @renew_economy #fairdinkumpower https://t.co/J9DUqqJuvq

The Federal Government's failure to act on climate change has forced farmers to the front line. The last remaining dairy farm at Deniliquin in southern New South Wales has been forced to shut down.https://t.co/FKAf6A2yOQ #auspol

More than 80% of people in NSW want to see more of their electricity coming from clean, reliable renewable energy & storage technology. https://t.co/oB4aUOd45N

Who cares what Turnbull has to say, NSW is on the cusp of an #energy crisis and no one cares. @renew_economy https://t.co/gc2DIKRxOm

In a major upgrade from its previous 50% by 2030 renewable energy target, the City of Sydney has committed to purchase 100% of its electricity from renewables, starting next year.. https://t.co/RQuv2Lbzz5

We’re building a new $7 billion metro rail line in time to support the opening of the new Western Sydney Nancy Bird Walton Int’l Airport, in partnership with the NSW Liberal and Nationals Gov. We’re investing in the infrastructure Australia needs to drive our economy forward. pic.twitter.com/lGUwIXg4QK

A NSW Labor government would push to reinvigorate Sydney's "twilight economy" between 6pm and 9pm https://t.co/D2moOXkgpG

HOST: Convention Centres have a role in driving their city's economy but they can also look after their regional areas as well. Discover how ICC Sydney is making a positive impact through direct relationship with rural food producers #CSRshareDay @Pievents @AEG1Earth pic.twitter.com/o1T2BrcGh3

The draft late night DCP came to council committees tonight for our consideration, it was a very productive discussion where we heard how the controls and processes behind them will help balance community needs for a vibrant, safe and late nights Sydney economy – watch this space https://t.co/De5zfENeag

Thank you, Your Excellency General The Hon David Hurley AC DSC (Ret’d) and Mrs Linda Hurley on behalf of the people of NSW for your outstanding service. Was pleased to call in on your last day as NSW Governor. We will all look on proudly when you assume the role of GG next month. pic.twitter.com/22M306EE5l 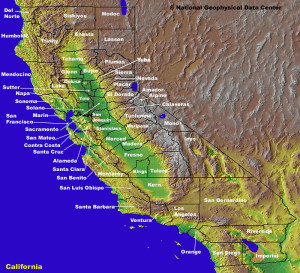 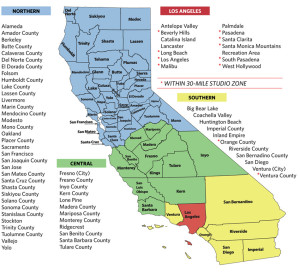 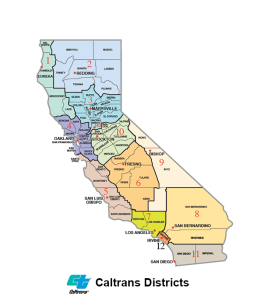 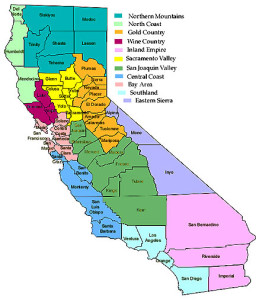 TYVM @AlanKAustin "CA[ED]@stmarysca https://t.co/WD036jUO0w" ..Being an English major gives you skills that are relevant in today's world…

RT @_WorldSolutions: Ireland ranked as one of the best for industrial #competitiveness. http://t.co/czvJMGWufF #FDI pic.twitter.com/44a1ECUuz6