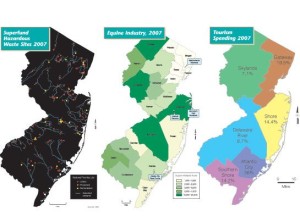 In #NJ, banking on a shift from bail money to risk assessment: https://t.co/tYmY8CJfvH (via @NPRJoel)

Why #NJ felt a pinch when a single taxpayer moved out of state: https://t.co/pAhbSXIU9M (via @robtfrank) pic.twitter.com/pTlopf3GnC

Why we shouldn't blame Camden, #NJ for its failures: http://t.co/fXrHOcJXfT (via @SteveDanley)

#NJ is opting for #ACA expansion, & 245k uninsured will now be eligible for #Medicaid. What's your state's plan? http://t.co/qlw7D267mm

In NJ alone, according to @urbaninstitute, #Trumpcare would increase the number uninsured by at least 50% across all demographics examined https://t.co/bNHHnJnLmX

As Atlantic City's mayor battles NJ's political elite, read my @NextCityOrg profile of him as he took office https://t.co/tWqBWZEbQu

Camden, NJ, has given more than $1 billion in tax incentives to lure companies to relocate there since 2013. https://t.co/uYcAHYJH5J

"It seems America is falling in love with cities again. And NJ could be positioned to take advantage of this trend." https://t.co/QgMSl6TuZS

My dreams of being an Ocean City shoobie are still way off, but these changes to NJ's transit would be welcome. http://t.co/4KNXFZnOC6

"How can NJ not make this year’s pension paymnt, but can find $82m for an NBA practice facility?" @EdgeofSports? http://t.co/qEiEvkTM2V

“The real problem is that the subsidizer is becoming the subsidized.” On the Port Authority of NY & NJ: http://t.co/jcNwFYQUwO

“Can the boys share their toys?” NJ politicians look at their options for creating a more effective regional rail http://t.co/8xWrdrVQlI

The founder and CEO of @Audible_com talks about the benefits moving his company’s headquarters to Newark #NJ http://t.co/L2jnhxMRfi

Why are Millennials leaving NJ? "#Hoboken is the most highly concentrated Millennial hotspot in the state, & among the most expensive" via @CityLab https://t.co/1SzXTuTU5L

A #microgrid could help storm-proof Hoboken, NJ. via @CityLab https://t.co/4EbPSUypiR

Japan, Australia & others use decals for young drivers. Only NJ has this law in the US. https://t.co/3MiQyHDzCf via @CityLab

The extraordinary miniature railroad of 'Northlandz', which is in Flemington NJ, gets a write-up in @CityLab… https://t.co/exui4jUzjA

RT @CityLab: Could #SiliconValley Become the Next #Camden, #NewJersey (#NJ)?http://t.co/MiKihBehtH …

"Water main breaks seem to be happening with alarming frequency lately in the United States." Here's how Newark, NJ is working with @UtilitySP to solve that problem and save their residents from financial devastation. https://t.co/g5uLorFsCm

"It's not just about having fun in IJburg. It's about rethinking how we, as communities, want to live in cities." https://t.co/wjSzHQMzxP

Why was NJ Transit going too fast in Hoboken? https://t.co/wEgfHfCFg7 pic.twitter.com/XEhLGIuYfz

For New Jersey, it's the return of the (algae) blob http://t.co/UW5iQIamUh pic.twitter.com/xh2OOUUteg

#NJ is one of the most expensive places to rent in America, study finds: http://t.co/w85MDPdSr8 #TBT

Yes, we do. Here's NJ; other states are in our brief. https://t.co/FLY6NiikmC pic.twitter.com/UOBTYf7V7Q

New report: @BrookingsMetro on the future of #manufacturing in Newark, #NJ. http://t.co/FRkNPluquj

Did you know it's illegal to sell home-baked goods in N.J.? https://t.co/BDMLWTFGbs pic.twitter.com/pacchfzATf