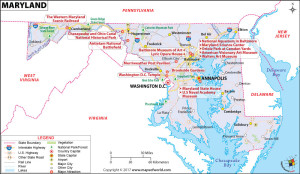 Happy birthday, #Maryland! DYK the “Old Line State” was chartered as a colony in 1632 and was ratified in the U.S. Constitution #OnThisDay in 1788? Learn more state facts here: https://t.co/M1oXApmBDQ pic.twitter.com/YxecVHtOXW

Creating jobs and growing Maryland’s economy is a top priority of our administration => https://t.co/uNrAsRSB9u

"Maryland's economy is stronger than it's been in more than a decade."
— Governor @LarryHogan #MDPolitics #OpenforBusiness pic.twitter.com/NI5H4guaeC

“…we all share a passion for making tech more inclusive, and the fact is, it’s easier to do here in Maryland. I believe with our strengths, we can attract more tech companies to come here to build a more robust tech economy,” Jealous said. https://t.co/dnnTQKOyom

Another comprehensive policy out from the @BenJealous! Our cities are the backbone of Maryland’s economy and they’ve been overlooked for too long.https://t.co/4VnA7ktNR3

Making college or access to a trade more affordable and accessible will help grow Maryland’s economy and ensure our kids get the opportunities they need to grow their skills, pursue their passions, and, in turn, lift up their communities. https://t.co/XORqhDasCN

Maryland is showing that by cutting our emissions we can save the environment while strengthening our economy. As governor, I'll increase our commitment to renewable energy and lead the way to create a similar program for the transportation sector: https://t.co/LlmDdWYlWc

More proof that economic growth and combatting climate change go hand-in-hand. Protecting the environment is not just about the future of our planet—it’s also about creating jobs and supporting a healthy economy. Proud that Maryland is leading the fight! https://t.co/dU1lnkF3E8

Creating good-paying jobs in Maryland is our number one priority, and this significant federal investment in Sparrows Point will allow us to do just that. This will expand job opportunities close to the Port of Baltimore and help grow our economy. https://t.co/IhEFJaqwet

If we’re going to have a strong economy in Maryland, it’s essential that we have a clean #ChesapeakeBay. pic.twitter.com/R6SWojnQVW

Maryland must #ActOnClimate since our President refuses to do so. Our planet, economy, and the lives of our grandchildren are at stake. https://t.co/vK90bX9tjy

The Chesapeake Bay is vital to Maryland's economy. I made sure Trump’s pick to lead the @USDA heard my concerns. https://t.co/QEcDoFq2mX

Couldn't agree more with this headline. The #ChesapeakeBay is a natural wonder and the lifeblood of Maryland's economy. We treasure it. And our cleanup efforts are working, but for them to continue working, "a sustained federal commitment is essential."https://t.co/q6pyFTCLcT

.@POTUS claims over and over that he wants to help strengthen our economy & create jobs, yet he simultaneously seeks to eliminate critical federal investments that allow Chesapeake Bay states like Maryland to prosper. Congress must reject this #budget.https://t.co/XNoeac580n

Maryland also has thriving coastal communities, and the Chesapeake Bay is the lifeblood of our economy. @SecretaryZinke should show us the same respect shown to FL & immediately exempt our coast from any new offshore oil or gas leases. #ProtectOurCoasthttps://t.co/HiMFGz6O6v

Just like Florida, Maryland has vibrant coastal communities and an economy that relies on the safety & health of our natural resources. I'm asking @SecretaryZinke to show MD the same respect & immediately exempt our coast from any new offshore oil or gas leases. #ProtectOurCoast https://t.co/HZU3XQvnZq

.@POTUS: in Maryland, a healthy #economy depends on a healthy Bay. And neither are up for negotiation. This #budget cannot be serious. pic.twitter.com/81ErjGMSl2

#PollutingPruitt is plagued by scandals. It's all swampy, but his weakening of fuel economy standards is as bad as his reported corruption.

Despite this, the country can count on Maryland to continue to fight for clean car standards for all. #BootPruitthttps://t.co/gqZi8tRYCp

Pleased Maryland saw the largest jobs gain in five years in April and that our economy continues to make progress. http://t.co/qfQDlnulNN

Maryland is staging a maglev vs. hyperloop showdown. Why? https://t.co/b4vElumND1

DC, Maryland, and Virginia: We need to talk about Metro: https://t.co/bDZf6Dqzc0 via @urbaninstitute @rayanneleigh @Matt_EDC

Here's @ElectRyanDorsey coming to you from a choice stretch of sidewalk on the @completestreets/@SmartGrowthUSA webinar for 2017 Best Complete Streets policies. Baltimore was featured! @bikemorebmore on the slide deck. #StreetsForPeople https://t.co/gAHcvZfAWk

Baltimore has joined forces with @SmartGrowthUSA and is trying to become a #smartcity. Is your city doing the same? https://t.co/0JOfqBTGo3

How #Baltimore and #Atlanta are reinventing their #cities to foster innovation http://t.co/crCUYsya2m via @GOVERNING

#Maryland has a new Bicycle Stress Map to hep cut down on risks cyclists face, what do you think? @CityLab https://t.co/r4MhthH6rH

.@BloombergCities on cities turning to behavioral science https://t.co/4S8IEhQ7Ib. Baltimore looking to use this tool to improve police hiring.

Cities don’t need Congress to move forward: A conversation with the #mayor of Baltimore from @Wonkblog http://t.co/olGg7il7nk

A Maryland county’s nickel tax for plastic bags is paying off– but not as planned, reports @bturque https://t.co/OJXM7nHIca

The @NatlGovsAssoc will work with Idaho, Maryland and Oregon to test its forthcoming State Resilience Assessment and Planning Tool (SRAP Tool) and identify best practices in adapting to, withstanding and recovering from disasters.https://t.co/ruDJ36qVSS

On measures of poverty, segregation, and inequality, Baltimore is a typical American city http://t.co/0d8qyyUPwv

The first steps to sustainable #schoolchoice in Maryland: https://t.co/LwHD5UtrqV via @AEI

Happy #MarylandDay! From the mountains in Western Maryland all the way to the beaches of the Eastern Shore, Maryland is home to a vibrant history, a thriving economy, and of course, the nation’s best flag!

I couldn’t be more proud to represent this great state. pic.twitter.com/YjfjSmtVVh

Proud today to announce a proposal to expand the @PTECHNETWORK program in Maryland. The P-TECH model is not only expanding education opportunities in our state – it is also strengthening Maryland's economy.

Just before I became Governor, our state economy ranked 49th out of 50 states. Now, a recent national ranking has Maryland ranked in the top 10 in America! pic.twitter.com/NNSvz1tAJY

.@baltimoresun editorial board writes, "Jealous is right: Maryland's economy isn't leading the nation (or anything close to it) under Hogan" https://t.co/ijyK0ubORc

“ ⁦@BenJealous⁩ stands a real opportunity to ride a wave into office. His CEO-like appeal could be enough to satisfy Independents frustrated with Hogan over issues like the economy and health care.” – ⁦@jasonwaskey⁩
Let’s do this Maryland! https://t.co/lCfy0zLfD3