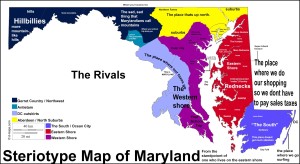 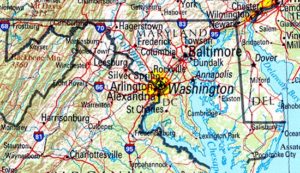 Maryland is listed as one of the top five states for the "new economy." http://t.co/A4d19Irg94 via @Forbes

Maryland's economy jumps to top 10 in the nation under Governor @LarryHogan https://t.co/WeLNRkrrQE

The business case for digital supply networks in life sciences https://t.co/D0BhJ9vIDk via @DeloitteUS

Innovation, sustainability and effective solutions are being developed right here in Maryland! See how @AstraZeneca and @MedImmune are paving the way for BioHealth research #MDCCHealth https://t.co/cJpYs29ShP

Discover why #millennials appear to be applying online consumer habits to their healthcare experience: https://t.co/CFdmFn0Kx3 #healthplans

When it comes to data versus branding, CMO Kim Wijkstrom says to not lose sight of the story. He explains why we are breaking a 100-year marketing trend. https://t.co/DRiDmcIMdT

Did you know? #Idaho, #Kentucky, #Maryland, #Utah, #Louisiana, and #Colorado will lead the nation in job growth in the $950 billion #app economy.

We've got the stats, and the stories, in our 2018 State of the App Economy report https://t.co/Mbu5Wv2nTh pic.twitter.com/hMa94Ynapc

Agriculture is the number one industry in Maryland and it's particularly vital to Western Maryland's economy. Already struggling farmers will be hurt badly if Trump's ill-conceived trade war continues. https://t.co/LrjuZn2Cdh

The future is clean and green. We want Maryland to take lead in the renewable energy revolution! In this piece, my fellow MD CRs and I voice our hope that policymakers seize this opportunity to promote a prosperous and sustainable economy. Check it out at https://t.co/FcQnjq2r7W! pic.twitter.com/l9vNgrXtsu

Governor Larry Hogan spoke last month at the “Advancing Maryland’s Clean Energy Economy,” about the many ways that the Maryland is pushing forward on clean energy https://t.co/4OBk9eth4x pic.twitter.com/cD1b8WWJgx

On Tax Day, he's the happiest man in Maryland. @Peterfranchot started his morning with @bryannehman. https://t.co/JogKKYqQkV

"This is unambiguously bad news for the Maryland economy." https://t.co/8gonmQrfIx

Because Maryland's economy is tied closely to the federal government, severe budget cuts could harm the state. http://t.co/ADYxkHp

What did the experts think about digital economy at the Boao Forum? https://t.co/eRXOSs1A5r pic.twitter.com/gid6naOCcQ

“Maryland is taking a…step toward the protection of our health, our economy & our children’s future” https://t.co/HPugH6riux #ActOnClimate

I hope that Gov. @LarryHogan will see how vital the #PurpleLine is to the #Maryland economy! https://t.co/RpRuhaxxdV

Excellent #Bitcoin talk by @ToneVays at the University of Maryland – if you haven't yet watched this, do yourself a favor and step up your comprehension of Bitcoin and economy:https://t.co/xb5liyDNea

.@GeorgetownCEW’s report that 65% of all jobs in the economy will require postsecondary education by 2020, is encouraging Maryland state lawmakers to increase need-based financial assistance for students. READ: https://t.co/3gzMEMQOQH

Using our new Mid-Atlantic Regional Workbook, we analyze Maryland's economy and job growth, comparing it to other states within the region. https://t.co/o2agSPVTku #Maryland #Economy pic.twitter.com/gFiU9QecGQ

@ those who work in the craft beer industry, those who just really like craft beer and those who believe in supporting Maryland's economy… The fight's not over, and the time to support Reform on Tap is now. https://t.co/FcuxEiAsAz

On tonight's episode of Maryland Farm & Harvest, get a closer look at the lightning-fast crab pickers at J.M. Clayton Company. Plus, we've got goat milk soap, rye for brews, and organic herbs. It's all tonight at 7pm on @marylandpubtv, or stream online at https://t.co/4e0b4H6qa6! pic.twitter.com/eiej5Nekmf

Try a dish that will make a difference to the Chesapeake! Blue Catfish https://t.co/rtm5KCELEO

Happy #NationalNutritionMonth! Did you know, according to the @USDA, a healthy diet consists of grains, vegetables, fruits, protein, and dairy! https://t.co/lgCWsWSnp6 pic.twitter.com/KzPOjuDLrE

Leftovers? Keep cooked foods no more than 4 days in the fridge! They remain safe in the freezer, but will lose their tasty quality in 2 to 6 months. #FoodSafetyTips https://t.co/uR1RwHyswq — @MdAgDept @USDAFoodSafety pic.twitter.com/mu1Av3Sc0W

Entrenched politicians have turned their backs on Maryland’s agricultural economy. It's time to change that.https://t.co/fsRM6zgJgr

Tourism is a bright spot in Maryland’s economy. See how tourism works for Maryland: https://t.co/hJ3XaGdEsl #NTTW16