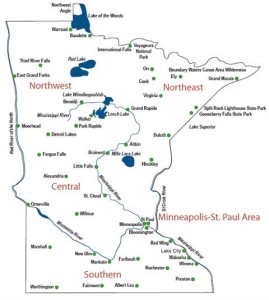 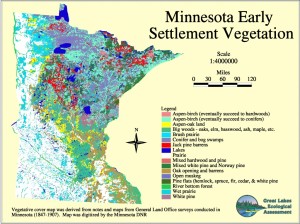 Happy 160th birthday to the District of #Minnesota, established #OTD in 1858 https://t.co/3VVgWXzGuV pic.twitter.com/KfdzGqsiF5

#OTD 1800 Eastern Minnesota is organized as part of Indiana Territory by an act of Congress. pic.twitter.com/yS0m6OOya7

Many greater Minnesota counties have a ratio of 1 senior for every 3 working-age adults, compared to 1-to-5 or 1-to-6 ratios in the Twin Cities & suburbs. Challenges include stagnating/declining working-age populations & shifts in traditional industries. https://t.co/8SF1jiJaYE pic.twitter.com/ubSUwwD2O4

MN is a land of 10,000 lakes & almost as many misconceptions about the size of government, growth in taxes and spending, and performance of our state’s economy. Today we take on Myth #1: Minnesota is a Big Government State. We're not. https://t.co/oowTFd4Gvw #mnleg #MNmythbusters pic.twitter.com/h1Ip1CQBdq

Minnesota increased the tax by 2% for those earning more than $150k, and that saved their economy. It's that easy! http://t.co/wgMvKuus3z

Minnesota's startups keep leaving. @dornquast: "Tech is becoming too important to the economy, and we’re behind." http://t.co/8fSC5bYh6W

When a Minnesota judge recently ruled in favor of the “activists” who shut down a pipeline, the American justice system and the American economy were the real losers. https://t.co/smrHvLWwG5

A new study says Minnesota's clean energy industry is growing jobs faster than the rest of the economy. https://t.co/Umm42nBn4W

What is it about places like St. Cloud, Minnesota that defies the narrative of the struggling, industrial Midwest?

My latest on the rural economy: ‘In our blood’: The challenge of being a young farmer in Minnesota today https://t.co/hLRQAigE6z

Mighty Mankato: A special report on how the city's growing economy is attracting businesses at the fastest rate in decades. https://t.co/TPDh1Wj3kf

The @MN_Chamber launched a 4-part initiative to tackle one of the state's most pressing issues: a lack of available workers. https://t.co/EpIzBggEAz

The @MN_Chamber is consolidating its workforce-development programs under one name as it braces for years of tight labor markets.https://t.co/WlIqM0o5Bm pic.twitter.com/kisPF6ZkkX

As Wisconsin’s and Minnesota’s lawmakers took divergent paths, so did their economies: Since 2010, Minnesota’s economy has performed far better for working families than Wisconsin’s https://t.co/waqh6MOb76

Oh, my homeland: “One person from the Midwest devised a quick formula to calculate the price of a house in the Bay Area: See how much a similar house would cost in Minnesota and then add a million dollars.” @thomasfullerNYT https://t.co/RJpTQSK843

"A good leader must, above all, have good judgement.
A keen sense of what is right and what is wrong.
Leadership is about service. It’s not about the individual who is the leader.
Good leaders must also be good listeners."
–@KofiAnnan ’61 LIVE NOW at https://t.co/4jIukrVJoQ pic.twitter.com/9MTkzxZYOY

The Minnesota Zoo partnered with the DNR to help bring bison to Minneopa St. Park near Mankato. “A lot of people think of the zoo as a destination, but we're very conservation based,” said Zoo Director John Frawey ’87. https://t.co/cAxTllLX8y pic.twitter.com/KTtvvgz17H

How to Avoid Computer Eye Strain and Keep Your Eyes Healthy via @howtogeek – https://t.co/soc8YhiKIz #finals #stayhealthy

Renowned academic and blogger @tylercowen visits campus on April 26 at 7pm for a #StOlafIFC dialogue on the economics the U.S. health care system. Check out his @MRevUniversity for interesting videos on health care and other important policy issues:https://t.co/kgfP4NQz2O

History professor @JDenHartog1776 talks on @wsjopinion about what brought America together after its most severe time of division. https://t.co/SkP3IkRddJ

What can you do with a history major? Here's a map of where @BethelU History alumni are working — in the US and around the world — in education, business, law, nonprofits, healthcare, churches, etc. https://t.co/IA3824MhIS #LiberalArts