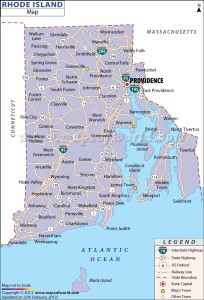 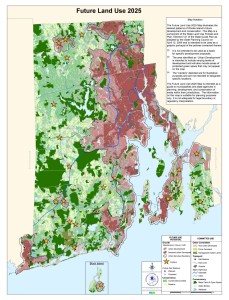 Dolphins off the coast of Narragansett, Rhode Island, feed on a bait ball of fish. https://t.co/pqv4yPQOI9 pic.twitter.com/CPiKQIVaCf

Learn more about GW and Rhode Island in our Digital Encyclopedia: https://t.co/1FMKAz6dCR pic.twitter.com/MJcKPNq0jX

According to @BrookingsMetro Providence is no longer a major immigrant gateway. https://t.co/3YA8qBQZOY

Will Rhode Island lock itself into fossil fuels, or become a leader of the new energy age? https://t.co/XwE4EBQcvQ pic.twitter.com/Uxn2l5Rnd1

What Rhode Island's new @GE_Digital facility means for former hubs of industry in the US: https://t.co/zVZNChun6Q

Many Rhode Island residents are frustrated at the state's precipitous decline in advanced industries: https://t.co/Q94Q3lXAU5 via @projo

It is so wonderful to see a state INVEST in the future of agriculture! Go Rhode Island! https://t.co/zLmkKeLu3i

N.J. native and @JWUProvidence alumnus Nick Provenzano chose to make R.I. his home after graduation. He now works for R&D Technologies, specializing in 3D printing, benefiting from the #Wavemaker Fellowship. Hear his story, and apply today for your chance to become a Fellow! pic.twitter.com/Qe4cfTTW2w

“For the past 45 years, National Ag Day has played a key role in helping people understand where their food and fiber comes from and how important agriculture is to our national economy”

Check out what Sonny… https://t.co/TqSOV3vE2U

Rhode Island's hands-free mobile device law goes into effect June 1. Drivers must put down their phones while behind the wheel or face $100 fines. This flier from @RIDOTNews tells you what you need to know: pic.twitter.com/syAQpxBv0l

.@OfficialSting sings at the podium after receiving an honorary degree from @BrownUniversity – and the crowd goes wild pic.twitter.com/SrJw83cBoe

.@wpri12: "Made-in-RI satellite now in space." TV report on the launching 5/21 of EQUISat, designed and built exclusively by @BrownUniversity students over the past seven years. https://t.co/aejGE7bz2n

Getting the lead out of #perovskite solar cells #SolarEnergy https://t.co/BpmYPx8hUL

The deal that Puerto Rico didn't ask for and didn't want – @stephenkinzer in @GlobeOpinion on Washington’s attitude toward Puerto Rico after Hurricane Maria https://t.co/SJQ9S0KQHS pic.twitter.com/6eua1CCLGa

Prof. Carl Bogus @RWULaw explains in @nytimes op-ed that Second Amendment was at least in part about slave control and not individual liberty. https://t.co/gOu8Ff3Y7V

Trent Anderson, senior Film/Media and #PublicRelations double major in the #HarringtonSchool, was recognized for his leadership and service during his time @universityofri. Anderson thrived at #URI, building his confidence and helping him find his passions.https://t.co/yTOov0IvyI

A look at and some thoughtful perspective on some our our MLK Day 2018 activities here on campus. #Service and #Sacrifice. Keeping the conversation going! https://t.co/eFyqep8f7R

RIC President @FrankDSanchez shared his vision for RIC in article published in the @projo over the weekend. https://t.co/KC4wT5nLzt

In today's @projo food section, @gailciampa looks back at 21 years of Cooking with Class with Chef Frank Terranova, which today concludes its Monday-Friday run on @NBC10. https://t.co/d6XGZ0lZYr

The Class of 2018 finally walked through the archway today. #BryantGrad2018 https://t.co/nbGDIikmNk

As we wrap up the week post-Commencement, we reflect on the inspirational message @WilliamShatner shared with the class of 2018. Congratulations to all and best of luck as you embark on your next adventure! pic.twitter.com/R4vmrWNrR5

On teacher pensions, there are no A’s, and the F’s include Ohio, Kentucky, and Rhode Island http://t.co/GuYxzZyI9Q @urbaninstitute