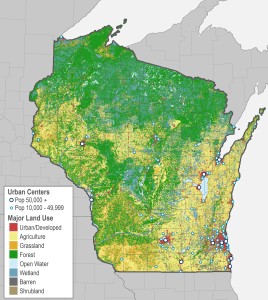 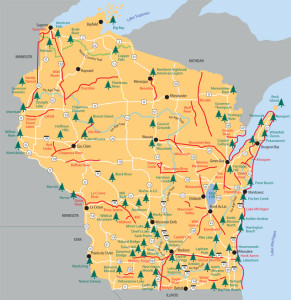 From Racine County to Germantown, there is a lot of development taking place right now in SE Wisconsin. This unique slideshow from @MKEBizJournal and @aerialscapes provides a birds-eye view of major construction projects underway in the region.. #WIWorking https://t.co/qAJJpQ7TrK pic.twitter.com/LjjgI2T2DK

Wisconsin continues to be the leader in cheese production, producing more than 26% of the nation's cheese in 2017! The state's cheesemakers produce more than 600 types, styles and varieties of cheese. #WIWorking https://t.co/Nz4lHu90qf pic.twitter.com/hSGsC9DJIh

What a nutritionist wants you to know about the dirty dozen and pesticides on produce –> https://t.co/pW92UShnCi

The latest data from the U.S. Department of Agriculture shows Wisconsin farmers produced 2.52 billion pounds of milk in April 2018, down 0.6 percent from 2017, @HopeKirwan / @WPR reports https://t.co/bpZsXWFj5o

#Methamphetamine is illegal, addictive & dangerous. It affects your brain, your body & your self-control. It can kill you. Before you risk it, know the facts: https://t.co/RuedzcaMDk #WIWorking to help you live your best life pic.twitter.com/JHnP9N1UX9

We see – and support – this work all over Wisconsin! "What Makes a Rural Creative Hub: Innovation and the Arts" | CityLab https://t.co/Lw0ZJFEUZu

The city of Beloit, Wisconsin, is eclectic in every way with its world class riverfront, living history sites, farm-to-table cuisine, the elegantly rustic Ironworks Hotel, and museums of angels, anthropology, and art. #travel #TBIN https://t.co/PYFHmVIlMR
via @backroadplanet pic.twitter.com/oGXCPcNkmH

Congratulations to the Milwaukee RiverWalk for being the first Wisconsin project to receive @UrbanLandInst's global award!https://t.co/kXhFxkPlOQ pic.twitter.com/g6eJUG0XC5

The Foxconn deal may be new for Wisconsin, but such "megadeals" are on the rise, writes @gregleroy4 for @CityLab. https://t.co/0PhAGXyh3l

An important piece from @NextCityOrg, highlighting the economic impact of insufficient transit funding: “There are plenty of workers in Wisconsin who still need jobs, but they can’t get to where the state’s new jobs are increasingly located” https://t.co/9CV9uUV2ON

Gas Taxes Advance in New Mexico and Wisconsin in May https://t.co/uOC2nhXI5x via @Planetizen pic.twitter.com/yAbM9Y0Nni

Every other year #students in #Wisconsin participate in the Terrace Town project, a 13-week urban planning project that culminates with the students building model neighborhoods. #Education https://t.co/xkqxz0Ppfj via @NextCityOrg

Uninsured rate in Wisconsin would increase by 73.2% in 2022 with GOP #HealthCareBill, via @RWJF & @urbaninstitute. https://t.co/6JiZOvdpjz

Half of Wisconsin's Black Neighborhoods Are Jails – via @CityLab https://t.co/fMNyPU2iHe

WSB's @anita_mukherjee and coauthor @jenniferdoleac offer important insights around their research on opioid abuse. "We hope that a better understanding of the effects of naloxone access will lead to better and more effective policies, and ultimately save lives." https://t.co/kOFyE0QAT4

"Why do we care about this cloud of dust floating out in the milky way?" Because that's where we came from: https://t.co/vXXRwGxlrg pic.twitter.com/lhvdSdVp6a

The plant will bring the research from UW scientists to the industry and will be used by state farmers, Keith Ripp, assistant deputy secretary of the Department of Agriculture and Trade and Consumer Protection (DATCP) said. https://t.co/aV26yozDCX

I’m going home to work on my dad and grandpa’s farm, not mine. It’s not mine ‘til it makes it to the next generation.”

Did you know the last time Pioneer Farm hosted the Lafayette County Dairy Breakfast was in 1986? Hope you can make it this year! Follow the link for more details: https://t.co/dd9cudKEuw pic.twitter.com/c3MACUGKKK

This Friday, Eric Barnum will conduct the UWO Chamber Choir as they perform Barnum's own compositions in @carnegiehall. #TitansAre world-class performers! https://t.co/gCS9cqCdLm

One Blugold's passion for playing the drums has allowed her to discover countless opportunities. Some include playing in UWEC's Jazz Ensemble I and receiving a full-ride scholarship to pursue graduate studies at the University of Indiana.

Fortune 500 partnership with #UWM and other higher-ed leaders is evidence of city’s startup potential via @tmj4 https://t.co/KnyfSXteEA

Brian and Hannah from UWP Theatre Arts prepare young jedis for a light saber battle! Another really fun part of “Take Your Daughters and Sons to Work Day” @uwparkside May the force be with them!! @ChancellorFord @UWSystem @Journaltimes @Kenosha_News @UWPCAH pic.twitter.com/py3OmLUsBM

Won’t be here to vote for the 2018 Wisconsin Partisan Primary on August 14? No worries. @UWMadison has you covered on absentee voting with this intuitive video. pic.twitter.com/zgtumTFrkk

"Neutrality runs rampant. And neutrality in the face of injustice only perpetuates injustice." – @Benji_Zellmer, @MarquetteCHS '18, addresses the Class of 2018.

We stopped in to CS 240: Visual Programming, lead by Christopher Weedall, for the 2018 Robolympics!

Play-Doh created a a royal wedding dress sculpture that stands at over 18’’ tall. The dress was created using more than 60 cans of standard white Play-Doh. pic.twitter.com/m4b191PN7h

From 2011 to 2016, Wisconsin had the 2nd lowest rate of increase in median property tax bills. Our tax burden is the lowest it's been in decades. #WIWorking@LeagueWIMunis @WisCounties @WisconsinMC pic.twitter.com/u0tsNTWoRx