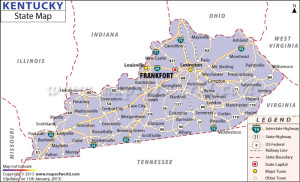 Celebrate 226 years of statehood and learn the history of Kentucky through various objects including a stone axe, a coal miner's cap, Colonel Harland Sanders' first pressure cooker, and other items. A History of Kentucky in 25 Objects is available online: https://t.co/t6SL8jLHX5 pic.twitter.com/UEjcyUrlCq

National spotlight shines again on Bourbonism! This authentic Louisville experience has been tremendous for our city and economy https://t.co/kHH9AVwptN

If you have an hour to spend walking a trail, playing with the kids or watching goats eat invasive species, then you have an hour spend exploring Idle Hour Park. #ParkSpotlight pic.twitter.com/iTQ7KGpIVT

NEW: Kentucky Chamber commends efforts on tax reform and budget that supports education. Read our full statement on changes to the tax code, the next two-year budget, and pension reforms here: https://t.co/8ov4Wif1T8 #kyga18

Still thinking about last week's Kentucky Proud float in the #PegasusParade…thousands of people learned about Kentucky agriculture as a result. #KyAg365 pic.twitter.com/zHhdsZQCuZ

A6: In Kentucky, Russell County has built 5 tornado shelters
and will add 2 more. Shelters are for anyone, including the homeless or those without a basement. They can hold more than 100 people each and withstand winds up to 250 mph. https://t.co/EVnl0G7lZY #ResilientCounties

Have you heard about the Medicaid work requirement in Kentucky? This @urbaninstitute article details who could be affected by this new requirement.@Agangopadhyaya @kenneygmhttps://t.co/bCtRd9F0as pic.twitter.com/fvWo2YX0aZ

A must-read article from @BrookingsInst that examines 2016 data on #exports and includes #Kentucky profile https://t.co/2dgPjkVU79

The aerospace industry is rising in KY.See the message from the Aerospace Alliance of East Kentucky while in Paris:https://t.co/CGT1V6OKFh pic.twitter.com/wJQio81TuD

At any age, falling can lead to injury. We all know environmental risks for falls, but there are potential hazards in your own home you may be overlooking.

These 5 tips can help you avoid costly and painful falls. pic.twitter.com/NgmROL2vJf

.@Humana's Head of Innovation @thebusyburr talks #artificialintelligence: "Increasingly we'll be able to form a broader understanding of our members’ lives, not just their physical health. AI will help us create solutions that meet members where they are." https://t.co/tMsWQZFqbR

ICYMI: The Lexmark CX923 has been Named a @Better_Buys 2018 Innovative Product of the Year: https://t.co/OwP6fB5ft7 pic.twitter.com/o8fjjguj2f

The @almostfamilyinc merger hit a bit of a regulatory snag with the FTC.
https://t.co/YFQOS2scaN @BFLouisville #Louisville $AFAM

How @Toyota's innovative internship is helping solve the #skillsgap in Kentucky. http://t.co/3vqF5Bn7aa via @BrookingsInst

Kentucky has an ambitious plan to expand broadband access, even to rural areas. There's one problem – the commonwealth doesn't own a key component of the infrastructure: https://t.co/oNf6rihJHf #poverty (via @CityLab)

In a Twist, Kentucky's Coal Museum Will Now Be Powered By Solar https://t.co/H9nepFXqPF via @CityLab pic.twitter.com/PoM2e6RTJ4

Here's what teacher turnover looks like in KY. Most Kentucky teachers won’t break-even on their pensions: https://t.co/d1WpjVJHVK pic.twitter.com/GOK5XdrYhc

@NatlGovsAssoc picks #Virginia to take part in Kentucky learning lab on #opioid epidemic. We will learn how to address rising rates of infectious diseases such as hepatitis C and HIV. #SubstanceAbuse https://t.co/HDKcD4p8BG

"Is your city inclusive?" great summary by @TANVIM of a new @urbaninstitute report. key take-away: "The end of the report focuses on commonalities between four cities—Columbus, Ohio; Louisville, Kentucky; Lowell, Massachusetts; and Midland, Texas"(1/3) https://t.co/1ozQl6noTA

States like Kentucky, where huge swaths of the population are enrolled under Medicaid expansion, could lose half of their funding or more. pic.twitter.com/fj4yFEuLVU

As Americans take the time to remember the fallen this Memorial Day weekend, it will be the continuing culmination of the vision of University of Louisville Brandeis School of Law alumnus John Alexander Logan. Read more ➡️https://t.co/1uM68ZuS79 pic.twitter.com/lzZS4UQ60l

Thomas Farley, president of the New York Stock Exchange, recently visited campus and spent time with students in a Money and Banking class.https://t.co/k0KK21TEtn

Check out this @Forbes feature of #Transy grad Chris Dunaway '10, who is head #sommelier for a restaurant team that is a finalist for the James Beard Award for Outstanding Wine Program. @beardfoundation @TheLittleNell https://t.co/ACp9OQkbc3

#ThrowbackThursday to 1955 when Berea was featured on The Mickey Mouse Club! "For Berea's undergraduates there's the happy knowledge that education pays." [Full video on our Facebook page https://t.co/J9SOiA7Qo2] #tbt pic.twitter.com/5AMPhBD5pj

The Dunker’s Challenge Student Emergency Fund is a University-wide initiative to help students who encounter emergency events that could prevent or hinder them from continuing their education at Murray State. Click the link for more information! https://t.co/HNm1kyiZi9 pic.twitter.com/gfzKgB80VS

.@CSGJC's new report, developed with @CJJRGU, offers six concrete strategies for #juvenilejustice systems to improve #recidivism rates and other outcomes for youth. The report is based on interviews with nearly 50 national experts and system leaders. https://t.co/rAlA4Hhy0l pic.twitter.com/71k23YYWNp