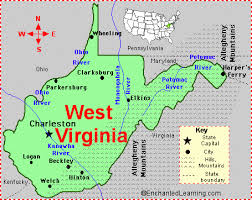 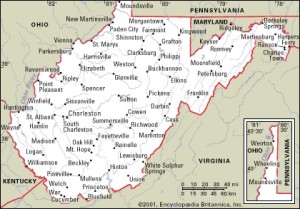 Happy Birthday, West Virginia! Watch The Road to Statehood to see how it it all begin #AlmostHeaven https://t.co/fQN7TTVGo9 pic.twitter.com/qdYfRoAogW

'It's called occupying your own space.' A great article about @charlestoncity and the tourism boom. READ—>https://t.co/Abex6cWbbx #city

The Huntington International Jazz Festival is a 5-day cultural extravaganza beginning on June 19! For more information on the events go to https://t.co/oBLpSMmA3u

#HuntingtonWV and its #OpenToAll diversity campaign received the 1st place award in the 50,000 and under population category for the @leagueofcities City Cultural Diversity Program this morning at a conference in Washington, D.C. #NLCDC #diversity #inclusion #multicultural #WV pic.twitter.com/mFl1QVIDxE

West Virginia is in! #MayorsChallenge cities will define a problem, craft a solution, & learn from global experts https://t.co/yd9RGOqeYe pic.twitter.com/CBTvhbX3xF

The City of Morgantown has recently released the 2018-2022 Paving Plan. To learn more about the process, check out the latest episode of the #Morgantown Minute and visit https://t.co/tQ5b2eEYqL https://t.co/g8zDVdxNWn

Rebecca Diamond works two jobs — one as a full-time teacher in West Virginia. The other as a fast-food cashier on the weekends. pic.twitter.com/oYTfSua1R1

“AST Named to the Washington Fast50 for the Fourth Consecutive Year” https://t.co/wOHppSlPg0 pic.twitter.com/UGfeG8ze6Q

We are excited to announce our selection to the Inc. 5000 list of the 5000 fastest growing private companies in… https://t.co/rpiR2Wc9fz

We could not be more excited! Douglas Equipment was just ranked by @FESmagazine as the #42 #foodservice equipment and supplies #dealer in the US. This is a #major #accomplishment. One we could not have reached without #loyalcustomers like you. Thank you! https://t.co/W4Pi1OxMG8.

PracticeLink Magazine a great resource for residents, fellows, practicing physicians, advanced practitioners and program coordinators. Check out this article from the Winter 2018 Quality of Life issue.https://t.co/CqI7exbJ3J…t-for-physicians/

It is with great pleasure we introduce our 2018 Region III Small Business Subcontractor of the Year, Jay Reddy of NextGen Federal Systems! #SmallBusinessWeek pic.twitter.com/LC1EMZsEMd

In new WVU course in the College of B&E – Applied Regional Economics Research – students take on projects to provide economic data to various regions of WV and help those regions better understand their opportunities and challenges. https://t.co/LWsurNVFio

NASA mathematician, Katherine Johnson, is getting a bronze statue and scholarship created in her name at West Virginia State University https://t.co/vdHSCOXEHs pic.twitter.com/DOHgw4S7Vz

WVU professors studying the galaxy are helping to make discoveries that build our understanding of the universe 🌌💫💛💙 https://t.co/dsji1zVbg0

Republicans and Democrats both get it wrong with @DoddFrank, argue WVU law professor Jena Martin and public administration professor Karen Kunz. The whole financial regulatory system needs to be replaced, they say. https://t.co/hZCfAakGec

An active music arranger with nearly 300 titles and arrangements for marching bands across the country will assume the role as associate director of bands at West Virginia University. https://t.co/r3Utz4bNo4

Have you heard? NASA mathematician Katherine Johnson is set to be honored by her alma mater of West Virginia State University with a bronze statue and a scholarship in her name on August 25th- the day before her 100th birthday.
https://t.co/np2yQ9ruz7

“If you don’t expect to win in life, I guarantee you never will. So expect greatness from yourself and everyone around you." — Commencement Speaker Charlie Batch https://t.co/rN6n4JZpib

Our very own, Kathy Hawks, is a finalist for The Faculty Merit Foundation of West Virginia 2017 Professor of the Year Award! Congratulations Kathy! https://t.co/Wr0x1dN5tA

Our very own Falcon alumna Molly Born, a graduate of the French program with a journalism minor was recently featured in the New York Times. Read the feature here and learn about Molly's passion for both journalism and her home state of WV https://t.co/a052tUBtp7

Chase Hancock is a senior Exercise Science major and linebacker for @HerdFB. Chase says there's not another place he'd rather be a student and football player than at Marshall University in Huntington, W.V.#MYHuntington #MarshallUFamily #SonOfMarshall #OneOfTheHerd pic.twitter.com/6MXyCRI6Uj

“I wanted to bring in bands that had a certain ‘bonding factor’. I feel like music, and concerts especially, have a way of bringing people together in a really unique way. That’s what I hope to do whenever we host a show on campus”. @vacationmanor https://t.co/xTolssCGg7 pic.twitter.com/gOTV7SBefp

We're proud to partner with @ABU1871 @AARPFoundation @campuskitchens on a new taskforce to address food insecurity within West Virginia's senior community and encourage students to get involved this fall! https://t.co/IjtWi0J6hF

BLUE AND GRAY: History is a huge part of the United States as a whole but West Virginia is one state that brings history to life.https://t.co/5fZiJkIlN7

See my comments on the current state of agriculture in West Virginia and where we are heading! BIG opportunity for growth! #wvpol https://t.co/ab6KAc6F2q

Explain this to Kentucky and West Virginia. The new economics of jobs is bad news for working-class Americans—and maybe for Trump https://t.co/7lv7nOUMIK via @BrookingsInst

95% of California families live within 5 miles of a private school, compared to 60% in West Virginia https://t.co/F03zBn9G0z pic.twitter.com/gmfvqcovIY

Both Clinton & Sanders hope West Virginia can do what it did for JFK in 1960: https://t.co/Fb0DSzWeVN #WVprimary pic.twitter.com/kCRpamrjC6

With a new generation committed to renewing their city, West Virginia’s capital is making a statement. https://t.co/pp0VQWMkBt pic.twitter.com/vL7v2QZgz1

West Virginia’s nine-day teachers’ strike ended when the state raised teacher pay by 5%. But, as @rickhess99 explains, teacher take-home pay is only part of the story, and the strike did nothing to change the underlying dynamics that have contributed to a frustrating status quo. pic.twitter.com/ZwbaOjwG8n

Very interesting. @AEI has started an "Opioid Policy Project." There is an abundance of good research, data, policy prescriptions, etc. Should be of particular interest to folks in West Virginia. https://t.co/mQkx1YxuIE

The recent teacher walkouts in West Virginia, Oklahoma, and Kentucky have not only been remarkable for their scope and success, but have also rapidly reshuffled the educational debates. @rickhess99 gives 5 thoughts to consider: https://t.co/E5eTyYr41t

This West Virginia town has become a cell-phone-free zone in the name of science http://t.co/iCjWWOkWZq

A photo essay of life along the King Coal Highway in West Virginia http://t.co/s3fMDQncbQ pic.twitter.com/PWOGdxgm5A

A look at the struggling, post-mining towns of southern West Virginia http://t.co/YQVWhYMiPg pic.twitter.com/xN0n2DrnRE

"We’re getting support from teachers all over—Alaska, New Mexico, Oklahoma. … These places are saying, 'We know that if they’ve done it in West Virginia, we can do it here, too.'" https://t.co/JhPiusb9Yf

A closer look at the West Virginia report at the center of the VW emissions scandal http://t.co/imdxnFWSsx pic.twitter.com/AO7HubGznz

Between 1994 and 2012, every U.S. state saw an overall decrease in crime, except West Virginia http://t.co/tAhj1Qbhzq

Where are the 60,000 gallons of contaminated water from the West Virginia chemical spill headed? http://t.co/O7MtKC4IfD