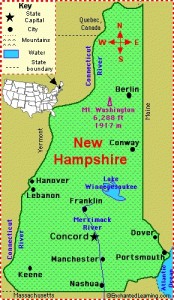 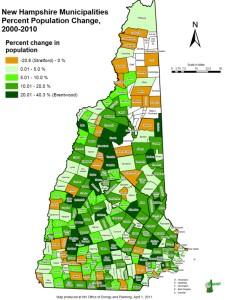 On this day in 1788, New Hampshire was granted its statehood https://t.co/nZFA0vdZMa pic.twitter.com/CHZnbmvqkz

To wrap up #SmallBusinessWeek, here is an article that features updates on the latest happenings in Concord that impact our business community and Greater Manchester region. https://t.co/ExOFh5Bcok pic.twitter.com/LZpkdxpOFZ

New Hampshire is a promising market for #FDI, according to the latest research from @PlymouthState, with foreign direct investment from 24 countries present in 100% of NH's counties 🌎 🇺🇸 #SelectUSA #SelectUSASummit https://t.co/xsC27n1fsS pic.twitter.com/2KjK1Zmj9c

In case you missed it – @3DPrint_com reports: #Louisville-based @GetASI1, a leader in tissue fabrication and 3D #bioprinting, has recently expanded and opened a new facility in Manchester, New Hampshire #NHEconomy https://t.co/ZXQ7hb4j7C

In an article for @BusinessNHMag Steve Burke and Catherine Hines discuss using an advisory board as a planning tool. https://t.co/h0pH9Ab2i6

Our Food Editor taste tested a number of major delivery meal kit options, including some based right here in NH. Find out which ones get her approval. https://t.co/jNTSQuLxgT pic.twitter.com/4wvGh2nMcr

In case you were curious about the difference between machine learning and AI. I know we were! https://t.co/fz7zaKQPGP

Sing it with us: "Never gonna give you up, Never gonna let you down, Never gonna run around and desert you.." The origin of the Rick Roll, Rick Astley's famous song came out in 1988, the same year as our first #EOY. Join us on Wednesday! https://t.co/Hn32BAbSxe

@absoluteresourc is a Top #WomenLed Businesses in NH again this year, and made Top 10 list of "fastest growing" by @BusinessNHMag. Go team! pic.twitter.com/oIPYM0zFj6

We are thrilled to be named a 2017 Top Family Business by @BusinessNHMag & receive a feature article in their #FamilyBusiness issue! pic.twitter.com/wOva6DzZmk

What Happened When I Replied “Call Me” To Every Email I Got For A Week https://t.co/zBTGUk0gPM

#SB313 is good for business because healthy people are workforce ready. It also strives to end the hidden tax of cost-shifting to workers & employers due to uncompensated care. @SenJeb @DanFeltesNH https://t.co/uchrfxrKaF

Last Fall, as part of our urban greening initiative, we helped restore the Rail Park in Philadelphia, which opens TODAY. It offers locals a place to kick back + relax amongst the greenery. So proud to have been a part of this! #EarthkeepersUnite https://t.co/NlDh21BHvX

And the House just passed a bill to explicitly subsidize a single power plant, the Burgess biomass plant in Berlin.

Here’s the @JBartlett_NH summary of the subsidy bills the House has passed. https://t.co/z969xHdQuo

Ahead of @NHPublicTV, watch the trailer for "From Hurricane to Climate Change" here: https://t.co/rUGaw2Bqjc #MonadnockRegion #NewHampshire

Happy #NationalBrownieDay! Our vendor, @Nestle, is well-known for their #TollHouseMorsels & amazing #dessert #recipes. In addition to inspiring bakers, they're committed to the Nestlé Cocoa Plan, helping to improve the lives of #cocoa farmers. Read more: https://t.co/rUU0ZD2UEE

New Hampshire's farm-to-fork #food system ranks 6th in the U.S., with lots of room for improvement. Our #Farm Food Initiative is working on that. https://t.co/S0RxpA0XjC pic.twitter.com/pDJDiCu1R2

The EPA is looking to keep food waste out of landfills. One entrepreneur in rural New Hampshire is pinning her business to that goal. https://t.co/8DYgQvcdta

Playing an important role in New Hampshire’s #biotechnology workforce by preparing graduates in the field, @KeeneState_ recently hosted a statewide conversation to bring education and industry together to discuss #NHbiotech https://t.co/dJYXTELda3 #BIO2018 pic.twitter.com/PgYYoq6gHp

Look inside the @COLSA_UNH brewing lab where students learn to prepare for the rapidly growing brewing industry. https://t.co/PxEBEWozam #BreweryScience #CraftBeer

Far out! @NASA picked our researchers for a mission to study safer space travel. Details: https://t.co/DmBMa4iUtR via @BostonGlobe #UNHSciFri pic.twitter.com/w0ovRZVP1x

“A real area where hig https://t.co/54ItKyrKGp her education can make a difference is to figure out how to more efficiently partner with industry in the economic development of their area,” #UNHManchester Dean Mike Decelle talks #ARMI in @POLITICOMag

Bonus: Instructions to make your own TESS Explorer model! https://t.co/cMweWVVKgt

A robot to perform a ribbon cutting ceremony? What else would you expect at the grand opening of the John Olson Advanced Manufacturing Center! pic.twitter.com/sijRqnaDis

These @UNH_CEPS undergrads designed a robot for a capstone project. And for a local company. https://t.co/VjVYo4VfPP pic.twitter.com/V9ZRYcXZa1

ICYMI: @Chronicle5 talks with @DrSquidgNH about the potential of turning green crabs into greenbacks for NH's coastal fishing community. https://t.co/aG17t3AobF

Do you love #skiing or #snowboarding, or any winter sport for that matter? You'll love #PlymouthState, named one of the best #EastCoast schools for skiing by @PowderMagazine. https://t.co/iYWgIIYP0k pic.twitter.com/RX09ddqklH

When an eye for style meets a head for business. That's #fashion merchandising.

Good read on the conservative "war on college" – “I would not say that college is winning,” says one prof.
Nice shout outs to @DartmouthReview and @StanfordReview in here. https://t.co/1GeDDzOMg1

Thanks to the hard work of many, the Green is transformed in just a few days for commencement. #Dartmouth18s pic.twitter.com/qDHpzKDhmK

When Do Reporters Collaborate, and When Do They Compete? https://t.co/74GkZntSGm via @nancywestnews

Consumer debt is highest since Apr 08, just before the crash. #Bloomberg https://t.co/hXPtEig1KM pic.twitter.com/YgOu9WEvw5