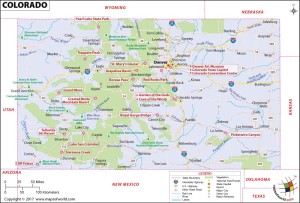 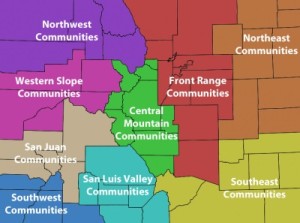 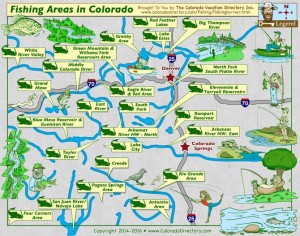 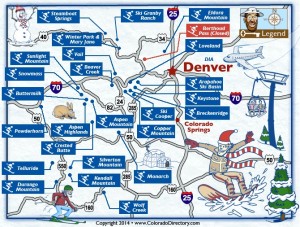 Watch this #AerialAmerica clip and you'll see why Colorado — which joined the Union #OTD in 1878 — inspired the lyrics to America the Beautiful. pic.twitter.com/5dCd0m0hmG

#OTD in 1876, Colorado was admitted as the 38th state. Only state added during Grant’s presidency. https://t.co/pMxA0oTUM7 pic.twitter.com/FH24DsMQDZ

Our Denver Branch marks 100 years of service this month. See how we serve our region and our community: https://t.co/aV9XN0HU2c. pic.twitter.com/YFevEGTbq3

Alarming. Water storage is critical to our agriculture, public lands, and our Colorado way of life. We can’t keep putting off protecting our climate. That’s why I’m running on a bold vision to transition Colorado to run on 100% renewable energy. https://t.co/UYz8piGNa7

Not only is the World Cup coming to North America. Not ONLY is it coming to the U.S., but Denver is a host city for some of the games! GOOOOAAAALLLL!⚽️ https://t.co/XWMIJLDWRV

On Sunday, @target will open in #DowntownDenver. @KMcClungDenBiz gives you a sneak peek at the latest high-impact retailer to open on the #16thStreetMall: https://t.co/oLlWGlbTh2

Come get your dance on! The last Bandshell Boogie of the season is tonight from 7:30-9 p.m. https://t.co/AFdgA5VLxI pic.twitter.com/Lpks4Zlu1J

Read about the history behind the Boulder Dushanbe Teahouse in this weeks blog post from our intern! https://t.co/7NOiLLttKf

Happy birthday, Colorado Springs! Today marks our city's 147th birthday. This photo from the @COSMuseum was taken during the survey process before the founding stake was placed at the southeast corner of Cascade and Pikes Peak Avenues. pic.twitter.com/e9YYDJ08NB

#Broomfield council passes sweeping 'land use regulations' that will impact future of oil and gas: https://t.co/t6HEW66NaA via @Jennifer_Rios pic.twitter.com/nS2iCsRcK5

Read more about #Broomfield as “the next urban frontier and regional employment center…” https://t.co/C0k1kffmNh

Giant Ant is making the world a better place with this project for the Random Acts of Kindness Foundation. Those shape based water ripples… wow. https://t.co/45WQ8oBznk #inspiration #mograph pic.twitter.com/eFh80DqCPF

Adolph Coors Sr. receives a $90k loan from Denver banks to expand the brewery, only to have his investment washed away in a flash flood on Memorial Day in 1894. The resilient Coors Sr. immediately takes out another $90k bank loan to begin rebuilding. https://t.co/AIWtGoBsb1 pic.twitter.com/BuLVh8Kdkv

Neutral shoes. Motion-control shoes. Zero-drop shoes. No shoes? If you're overwhelmed by all the running shoe options, we're here to help! @RunnersRoostCO pic.twitter.com/60kZ58YipX

The @DenverArtMuseum will be home to the most comprehensive US collection of his paintings https://t.co/kvbesuHqBR

.@RideRTD rolls out rules for dockless bikes and scooters: https://t.co/9GzK1W7oBX

From the armed forces to the track, teamwork is at the heart of everything.

Phones could soon be credited with saving a life. AMR shares how an upcoming iOS feature will help emergency responders. https://t.co/kMXNjhxIgj

This week’s article from @TelluridePlanet tells the story of Telluride’s transition from a historical mining town to a bustling ski hub. https://t.co/mkvnLzGv1y pic.twitter.com/adqlsl6BxJ