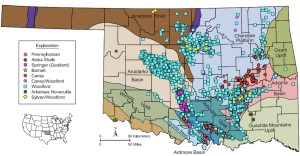 Maximize your productivity at home with these tips. https://t.co/ii01Hp74z2

These cancer research grants are named not for billionaires, but everyday cancer victims https://t.co/OFUBpwyhV8

MidFirst Bank has opened a commercial banking office in Dallas! Our expert staff will serve your commercial, business and private banking needs. View the full press release at https://t.co/TRzZvOuZ9R. pic.twitter.com/n84GxQOpiM

Everybody has one now, but the @ChuysRestaurant Green Chile Festival is in its 30th year https://t.co/zAuyk0RSAw

Get the latest insights on U.S. and global economic conditions from our Chief Investment Officer, Jim Huntzinger. https://t.co/I5cKtz7DNz

We care about our employees at work and after work. Remind your friends and family to drive carefully and always wear a seatbelt. #seatbeltssavelives pic.twitter.com/lZujp9VHdH

Using data gathered by the @CDCgov on more than 40 million live births between 2007-2016, a new study found babies of older fathers (+45 years old) are at greater risk of health problems. https://t.co/LYh8xX7qWl

.@ONEGasInc CEO & AGA Chairman Pierce Norton: Our goal is to clear up misconceptions about #natgas: https://t.co/25HxZDaxH0 via @dcexaminer pic.twitter.com/9kbi69A4Dh

We are a company of problem solvers, always pushing for new ideas and tackling tough challenges head on. https://t.co/c8yfES8d3V

Safety is always a priority for us, not just during #NationalSafetyMonth. In this video, Teresa shares how she helps keep safety top of mind at our Lonesome Creek #naturalgas processing plant in Alexander, North Dakota: pic.twitter.com/p4C8WFvvHD

.@DanSchawbel, author of Back to Human: How Great Leaders Create Connection in the Age of Isolation, stops by the #HRBreakRoom to discuss the latest workplace trends and the importance of keeping the human element in Human Resources. https://t.co/i6kGrvX6qz

The second tallest building in OKC, formerly known as the Cotter Ranch Tower, will now be called the BancFirst tower thanks to a $21 million purchase by BancFirst. For the first time in 14 years, the building is back under local ownership.https://t.co/5M9YfcPjlf pic.twitter.com/djaYfvLFkh

We love seeing members of our community get the recognition they deserve! https://t.co/Ju7qL62NHl

Oil & gas is the backbone of Oklahoma's economy. Not only does the industry create jobs, the revenue it generates helps to pay for education, student aid and roads and bridges for the good citizens of Oklahoma. https://t.co/FH5PUiomoU

@OCAST is celebrating 30 years of helping to diversify Oklahoma's economy. Here's a short video of how we've done it.https://t.co/qSMRGVv1YM pic.twitter.com/EryiwefJEr

How partnerships are driving the innovation economyhttps://t.co/gm4eVI4FGH

.@NASA is inviting media to Frontier Electronic Systems in Oklahoma to highlight the work being done across the state to build and supply aerospace components for #NASASLS and @NASA_Orion! MORE >> https://t.co/MqIJyfPjmS pic.twitter.com/HZ1hNSCycC

Oklahoma's publicly traded finance sector is down a member this year, but the industry still had a strong showing on Oklahoma Inc., with one company in the top 10 and two in the top 14 https://t.co/cpI3dzAcdx

Want to help us share #agriculture’s story? Make sure to bid on items in the silent auction at our upcoming annual meeting! All proceeds benefit the OKFB Foundation for Agriculture. Preview items at https://t.co/OzxXMv9Nac. #okfb77 #StrongerTogether

Today, Nov. 2 is National Men Make Dinner Day. We're sure that BEEF is on the menu, but if you need some ideas check out https://t.co/uqd7N8amno!#eatbeef #NationalMenMakeDinnerDay pic.twitter.com/bCcBKCX0Wb

For some perfecto pork chops, trade in the grill for the slow cooker with this great recipe. Stay warm and still have a tender, juicy chop https://t.co/s7uX14ZLmN #slowcookerchat @JR_MollzFlem @OkGrocers @MIOCoalition @UrbanAgrarian

Check out the Veterans Day 2018 Story Map from the Government Information in the News blog to read an interview conducted with Richard Hansen, the coordinator of the office of Veteran Student Academic Services and organizer of the Library Lawn memorial. https://t.co/BR8N3osRZg

Tuesday afternoon, members of the Oklahoma Public Employee’s Association met at the state capitol to fight for a pay raise in 2019. https://t.co/VhmvUASLgm

Oklahoma’s rural hospitals are in trouble: Four have closed in the past eight years, and the hospital association estimates that half of rural to mid-sized hospitals in the state are in danger of shuttering. https://t.co/uQauwETLEp @NPRHealth @JackieFortier pic.twitter.com/RnrxkbCuXx

Oklahoma relies on sales taxes for 33% of its total state and local tax collections, ranking us 12th nationally. https://t.co/EHermUzIQt

ICYMI: Our latest episode of #LetsPodThis includes discussion of our *new* county-level election data model. Check it out at https://t.co/KNcweevMQe, on Apple podcasts, Spotify, Google, and really wherever you get your podcasts.

Check out the JRLR's Election Prediction Podcast! A special thanks to our sponsor @LetsFixThisOK .https://t.co/FP3sBn3FvH

GOP lawmaker: Trump's 'economy so good, even Kaepernick got a job'… https://t.co/ztf1oLznZf

We've seen the GOP's #TaxScam before. It's already devastated the economy in states like Kansas & Oklahoma:https://t.co/TyVgwyaAOM

Trickle-down economics has ruined the economy in Kansas and Oklahoma. How many more failures have to happen before we admit that tax cuts and deregulation don't work? https://t.co/C554xrROfc

ICYMI: The state of Oklahoma has temporarily banned new CAFOs—a rare example of compromise between industry and residents https://t.co/Ma9Zwr9Kw6 pic.twitter.com/xZFjqaBgy1

4. Immigration raids frequently target farmworkers among other workers. Undocumented immigrant labor = ~$180 Billion to the state's economy, or "about equal to the 2015 gross domestic product for the entire state of Oklahoma."https://t.co/B1NeVJxE7E
5. Anyway, ugh. /end

Thanks in part to a strong energy sector, Oklahoma’s economy has been booming: http://t.co/yfYj1FQWMv pic.twitter.com/0ZY1CjQwpG

The Citizen Potawatomi Nation has been dealt another setback in efforts to protect its economy from state taxation. #Oklahoma https://t.co/umASPGbhae pic.twitter.com/j1W73IBleg

3/5: #Oklahoma's economy is heavily dependent on the #oil sector (mining in chart) when compared with the U.S. #energy https://t.co/yRpbByUpDB pic.twitter.com/FDUbScYxmH

Fantastic news for #Oklahoma! @DrewForOklahoma earned this endorsement, along with many others, because his ideas and plan to improve Oklahoma’s healthcare, education, and economy are what we’ve been missing the past 8 years. I’m so excited for positive change!!! https://t.co/BpmDYZNFDA

For 2016, the give most fiscally sound states were Nebraska, South Dakota, Tennessee, Florida and Oklahoma. What do you notice right away? #IWecon #Economy https://t.co/BxHqTMZKl9