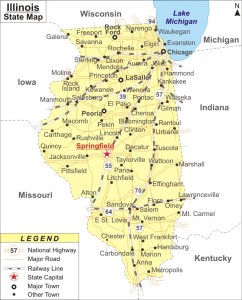 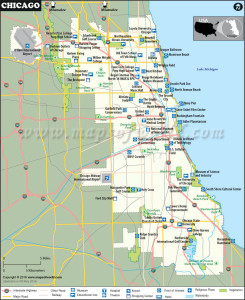 10 restaurants that will actually get you out of the house this weekend https://t.co/EvZZjTzGAM

New HIV diagnoses in Chicago have hit a record low. After 5 straight years of declines, a new report shows a 15% decrease in residents newly diagnosed with HIV compared to one year earlier. #WorldAIDSDay #GettingtoZero @ChiPublicHealth pic.twitter.com/A79tSYqM8k

While the headline focused on the trial balloon of a commuter tax, the real news from his @CityClubChicago speech is that candidate Bill @DaleyForMayor championed "Three Million Together" to grow Chicago back to prosperity https://t.co/4ZnltdWoJU pic.twitter.com/uHvnZbsvxK

Reports of #Chicago’s tech boom are not exaggerated. 16 local tech firms participating in @WorldBizChicago’s annual Tech Day have added a combined 2,000 jobs this year and next, and the sector remains the city’s fastest-growing industry. https://t.co/TWuZKJwBdM #CRE pic.twitter.com/ziSYjBktDI

What would our panelists invest in with $100,000? @DianeSwonk high-end retail, pharmaceuticals and Brazil; Dr. Bob: mutual fund HCOCX, US based fund, global real estate company FCRE

A very proud day for @GreencorpsChi at @gpconservatory as we celebrated the graduation of a new crop of trainees who are now qualified for jobs in green industry and equipped to make Chicago a greener, more sustainable and resilient City: https://t.co/aPO6ExxF5w pic.twitter.com/rRjE48kbk7

#tbt to our nights with Outstanding in the Field. Such a beautiful organization to partner with. Thank you for creating this video to showcase this years events. #urbanagriculture #bethechange #future https://t.co/Ga9zQkRzW5

All paths lead to the wonderful world of Oz at Paramount Theatre's "The Wizard of Oz" https://t.co/RNag3YvHu7 via @AuroraDowntown

Another incredible honor that our city can be proud of…
#BusinessForward #smallbusiness #Naperville https://t.co/t9N5Qb1Nwl

Last Tuesday, City Council approved the donation of an ambulance to the City of Cancun, Mexico, and discussed the staff report regarding commuter parking spaces near the Naperville Metra station.  Watch the full meeting here: https://t.co/TStakB3m1N. pic.twitter.com/UITwGDFXAe

We had the pleasure of joining the @Springfield_IL City Council Meeting tonight where our co-CEO and Springfield native Rob Kennedy spoke about @cspan! #50CapitalsTour @ComcastILLINOIS pic.twitter.com/EQNpAKhhhw

#Illinois200: How did the corn dog go from deep-fried abomination to the nation’s most beloved sausage on a stick? Turns out it all started right here in Springfield, Illinois. #IllinoisProud https://t.co/JVmwtNmR9b https://t.co/IZrk2fkUVm

The longest running holiday parade in the country was held Friday and all was merry and bright. https://t.co/X1EwjmzV9v

Happy leftover Friday! City offices are closed today in observance on the Thanksgiving holiday! Offices reopen on Monday at 8 am. Please use the Peoria Cares app to file any reports/concerns OR file a U-report on our website https://t.co/3yEdBGIscT pic.twitter.com/m9L3jI8mwb

A look back at the Illinois Top 200 voting results https://t.co/llVlkRsOor

Thank you to @SenDuckworth for voicing opposition to the Trump administration's #EndangeredSpeciesAct rollback. We need other #wildlifeadvocates to follow her lead. Join the fight to save the #ESA now: https://t.co/68FLpkl3dw

Incoming Gov. @JBPritzker interviewed by @ChicagosMayor on everything from the early loss of his parents to the allure of cannabis to benefits of early childhood education https://t.co/LEWrJi3ycz

"Bruce Rauner not only hurt his own 'brand' by associating his government with the Illinois Policy Institute, but the institute hurt its brand by associating itself so closely with an unpopular governor," writes Rich Miller. https://t.co/m1G86HHmCL

Does your Chicago alderman have a challenger for a new term? Catch up on @GregHinz's coverage of the final filing list for the upcoming city elections: https://t.co/w8KHhSMppL #ChiMayor19

In 2013 #Rahm boasted that he retooled predecessor Richard M. Daley's deal to sell off Chicago's parking meter system, claiming he made "lemonade out of a big lemon." He actually turned over even more of the city streets to the private meter company: https://t.co/K1MuzCCXHR

I commend @ilsendems President Cullerton, @RepHernandez, and the Illinois House and Senate for overriding @GovRauner’s veto of the #VOICESAct and providing protection, justice and security for the most vulnerable members of our communities. pic.twitter.com/RgKaUQa0Ie

The new streetscape creates a gateway to Fulton Market, makes it safer, more pedestrian friendly, & sets the stage for continued economic development in the 21st century, while preserving its historic character & accentuating historic elements of the neighborhood’s architecture. pic.twitter.com/RVqeLQnKrI

“We’ve embraced all these styles of pie because Chicago loves experimentation. We like to try things.”

I sat down with @stevedolinsky to talk about his epic journey to over 100 different pizza spots across Chicagoland. New on #ChiStories podcast: https://t.co/1BacpGVRPL

Honored to celebrate Polish Heritage Month and Chicago's vibrant Polish community this morning with the Warsaw Committee of @ChiSisterCities and @Hinshaw and Culbertson LLP. pic.twitter.com/hrnUPtsy5q

Despite the big win, J.B. Pritzker will be on a short leash, too. Voters will be looking for him to prove that House Speaker Mike Madigan isn’t the one holding the other end of it, @MarkBrownCST writes. https://t.co/iOm1EXPv7W#ElectionNight

"As much as I love this job and will always love this city and its residents, I have decided not to seek re-election.”

Why does Chicago have so many water pipes made of lead? The reason why has a lot to do with a boyfriend friendship between Mayor Richard J. Daley and plumbers union head Stephen M. Bailey. https://t.co/5XL3f5y0RK pic.twitter.com/uimOrufPbK

What J.B. Pritzker told the @dailyherald in January about a mileage tax — and what's a mileage tax? #Rauner #Pritzker #twill https://t.co/j58lNrtbAz

Illinois near bottom of state-by-state income growth since the crash https://t.co/dYCh7IQVgm

Congrats @SSOCPeoria on today's ribbon cutting for the Madison apts that will be home to homeless residents with a mental/cognitive challenge. “It not only gets people off the streets, but keeps them out of institutions,” ED Chris Kahl says.
https://t.co/IytTy2HzaD

You voted in the #MidtermElections, but why stop there?  #Advocate for #affordablehousing in your community! As we look onward to 2020, share the needs of your community with future candidates! Put #housing on the ballot. @Shelterforce https://t.co/ubojV8JrlV

We just wrapped up #ChiTechDay to celebrate 2,000 jobs from 16 local tech companies. Whether they're pioneering ##fintech, #supplychain, #AI, or #marketing, these companies chose Chicago because our city is a global tech hub with a diversified economy… https://t.co/xjbKquLtoh pic.twitter.com/4FwMaIzcqx

#Chicago’s real estate community is seeing a refinancing slowdown due to rising interest rates and slow home value recovery. Read this @crainschicagobusiness article to learn more about what this means for home owners and the overall economy. https://t.co/maMypmXfKt pic.twitter.com/YKamNDcyTp

How a frenzied expansion brought down America’s No. 1 mattress seller https://t.co/v04W4ZVfaZ

The Chicago area will have the weakest housing market among 100 U.S. metropolitan areas next year, according to a new forecast https://t.co/hOgk6apkIC

A bank brawl in Evanston https://t.co/QiiPx9z04Y

The heads of the Cubs, Sox, Bulls, Blackhawks and Bears want to encourage all Chicagoans to help find solutions to one of the city's biggest challenges: crime.

Fulton Market is getting a new streetscape. Here's what it will look like when the project is done https://t.co/nRYn98uKEd

"We don’t want nobody nobody sent—and that mentality is at the root of Chicago's failure to win @Amazon's #HQ2," @pointsnfigures writes https://t.co/5leg4QlA8x

Back before the U.S. and Europe started slapping tariffs on each other, Evanston's @fewspirits benefited from the Old World's growing passion for bourbon.

Those days are over: https://t.co/kdzJFKTNBT