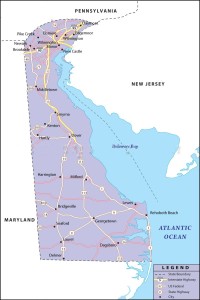 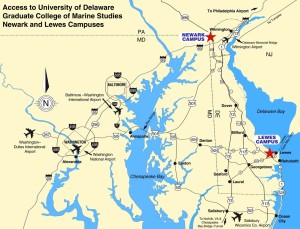 .@GleghornLab has pioneered methods to grow a self-assembling, functional network of blood vessels at a size relevant for human use. They are the 1st to make this system work at this scale, and their results were published in @Biomaterials_. https://t.co/jKCe6b3Kx4 #UDel pic.twitter.com/Ck0tVGkYYO

Your spinal discs could be replaceable! A Penn Medicine study co-authored by @ElliottLab provides evidence that the cells of patients suffering from neck & back pain could be used to build a new spinal disc in the lab to replace a deteriorated one. https://t.co/1ka4kVsXlV #UDel pic.twitter.com/dX8Mdkte2Z

ECE professor Dennis Prather is quoted in this story from @WSJTech. #UDel
https://t.co/qKWg8pJ9Dy

RT @doescience: The U.S. Department of Energy has awarded Eleftherios (Terry) Papoutsakis @UDelaware a three-year, $1.5 million grant to study the production of clostridium bacteria as platforms for #biofuels https://t.co/qNsZXGDyYo pic.twitter.com/uUyorJYVz6

Amod Ogale, an alumnus of @UDChBE and @UDCCM, is a new @SAMPE Fellow! Read more about this @ClemsonCECAS professor and expert in carbon fiber processing and composites here: https://t.co/5r5peTAJ7K #UDel pic.twitter.com/r6bICqHVlY

This news just keeps sticking! (Sorry, couldn't help ourselves.) #CCEI researchers, including @UDengineering's @TheppsMIT, have been highlighted by @doescience for their work on turning biomass into high-value pressure-sensitive adhesives. Details: https://t.co/THbCFTd2Rh pic.twitter.com/9X70TmPJX0

#UDel’s Kelvin Lee and Abraham Lenhoff have a new patent on a method to keep proteins from ‘hitchhiking’ through the manufacturing process and reducing the shelf life of some #biopharmaceuticals. https://t.co/HYcruvxiBX @udengineering @udoeip pic.twitter.com/lqQlSQOeoC

Article quotes Paul Brewer, #UDel political communication professor, on the results of the latest poll looking at how Delawareans rate the job performance of their elected officials. https://t.co/8a6tGJiQyD

"This is not a particularly flattering tale." – #UDel #governance Professor Charles Elson on the "bombshell" report that may cause #CBS CEO Les Moonves to lose his $120 million severance: https://t.co/ISwMBuyl3F

“The company’s not a bank.” – #UDel #governance Professor Charles Elson on being one of the experts who raised questions about #BraidyIndustries' unusual decision to loan $15 million to its founder and CEO: https://t.co/IFz2xtuHSB

“It’s too much power consolidated in one person with a lack of effective checks and balances.” – @UDelaware #governance Professor Charles Elson on the arrest of Carlos Ghosn, CEO of #Mitsubishi, #Nissan and #Renault: https://t.co/stBtTzLMvg

In the midst of a battle with activist investors, #CampbellSoup is also struggling to sell their soup products. @UDelaware #governance Professor Charles Elson comments in this article: https://t.co/yYgryg3tpD

Zuckerberg’s fate as chair of @facebook “isn’t up to anyone but him,” says @UDelaware #governance Professor Charles Elson in this article. “He has the votes under [the current] structure, and nothing’s going to change.” https://t.co/xchRa5Qgfc

The next big thing when it comes to disrupting the financial sector? #Cryptocurrencies and #blockchain according this article coauthored by Dean @BruceWWeber for Knowledge@Wharton: https://t.co/vRowAobqmx pic.twitter.com/reqCKNWQ51

This @HarvardBiz article on why making decisions for someone else might be easier mentions recent research from @Dr_Kyle_J assistant professor of #management on how people are more creative on behalf of others: https://t.co/DnQHrdeQcN

“It’s the right thing to do,” Elson said, discussing the announcement at Citi. “Their investors have called for it.” #UDel #governance Professor Charles Elson comments on the #Citigroup decision to separate the roles of chairman of the board and CEO: https://t.co/08KSGxe4Yg pic.twitter.com/jc9phJkNqu

A group of @Tesla investors thinks the company needs a permanent ban on @elonmusk holding the chairman’s job while also acting as chief executive. @UDelaware #governance Professor Charles Elson calls this suggestion "totally called for" in this article: https://t.co/gcxj2u3kxd

"Often quoted as the most authoritative voice in his field." – @delawareonline's Harry Themal on @UDelaware #governance Professor Charles Elson! https://t.co/Cnu91zUzlJ

"Accusations, litigation, it all happens." – @UDelaware #governance Professor Charles Elson on the increasingly ugly fight for control of @CampbellSoupCo playing out in courtrooms and boardrooms: https://t.co/cvJId84ijv pic.twitter.com/1UrK4hfWZJ

#UDel alumnus Dave DeWalt (EG 86) explained why #Cybersecurity Matters on Sept. 26 as part of the National Agenda Midterm Matters speaker series. Read the story, watch the video, and listen to the podcast via https://t.co/oclXrTLHso#UDelAgenda pic.twitter.com/JWOlrQ1swR

@JoeBiden, former vice president of the United States, and @EnergySecMoniz, former secretary of energy, are on campus today @UDelaware for a conversation about the future of energy jobs and innovation in the U.S. Live webcast: https://t.co/lJ1ScDKwUR @UDBidenInst @DENINUD pic.twitter.com/p5R7YXNQ14

New on the Biden Forum: @JoeBiden lays out top priorities for a future of #QualityJobs.

What a fascinating read from our most recent #UDelAgenda @udcpc speaker @marycjordan of @washingtonpost: "An ATF agent led a ‘double life.’ Then his girlfriend turned up dead." https://t.co/LH34k4DA7E

My second story, and first interview, with Delaware Public Media struck close to home. A recent @udcpc study revealed that anger and anxiety may be driving voters to the polls.

#UDel professor Bahira Sherif Trask gave a keynote address during the United Nations’ 2018 commemoration of International Day of Families and asked the audience members to close their eyes and re-imagine the world. https://t.co/RAkqJzFc8F pic.twitter.com/Py6C1apBGA

#UDel Prof. Thomas Hanson, a microbiologist in the School of Marine Science and Policy in @udceoe said that it is important to understand microbes because without them, human life would not exist. https://t.co/Cei3BqfJgV pic.twitter.com/jkubeRLzd1

Patricia Hanigan Scroggs, an Honors alumna who graduated from #UDel in 1983, visited on Oct. 30 to share her experience in the Foreign Service with students, faculty and staff. https://t.co/aitRCj8wI9 pic.twitter.com/1iptaFGwq1

#UDel researchers have demonstrated a step forward in gene therapy by engineering microparticles that deliver gene-regulating material to hematopoietic stem and progenitor cells, which live deep in our bone marrow and direct the formation of blood cells. https://t.co/4UKXC1Omi7 pic.twitter.com/ijiQxWJLy5

#UDel astrophysicist Jamie Holder and doctoral student Tyler Williamson were part of an international team that documented the rare occurrence of particles being accelerated by a rapidly rotating neutron star. https://t.co/i2xj3LeMKu pic.twitter.com/UoG1oVArCo

Researchers at the University of Delaware have collaborated with University of Pittsburgh scientists to gain new insights into the capsid, a protein shell that encloses the HIV virus. https://t.co/mBPbdaPhJp pic.twitter.com/SYyTjzjHVf

Melinda Duncan, professor of biological sciences at the #UDel, made a novel discovery, finding that the lens cells left behind after cataract surgery produce molecules that may be the primary triggers for post-surgical eye inflammation. https://t.co/GvnlrCXia6 pic.twitter.com/d8JqqXVI4e

#UDel Professor Nicole Gonzalez Van Cleve has researched Chicago’s criminal court system for over a decade. In a five-part series called “Southside: Waiting for Justice in Chicago,” Van Cleve tells the stories of prisoners and their loved ones. https://t.co/1w4GGy5lzV pic.twitter.com/m0lu7op4JU

Mechanical engineering professor Herbert Tanner is on the leading edge of robotics and control technology. For his contributions to the field of multi-robot systems, Tanner was recently named a Fellow of the American Society of Mechanical Engineers. https://t.co/TO02YkNlCl pic.twitter.com/UX4J7l4x46

A young and blade-sharp group of @UDengineering graduates are doing just that at the Newark-based outpost of GE Aviation, which has been working for years to incorporate ceramic parts into the next generation of massive jetliner power plants. https://t.co/JVcagPC4EO pic.twitter.com/8WHkjmylt8

Remembering George H. W. Bush. In 1980, Bush visited Widener during his campaign for VP. Our thoughts are with his family today #PresidentGeorgeHWBush #Remembering41 pic.twitter.com/pg8C8B6s55

Widener Psychology Professor Ross Steinman tells @delcotimes that spending will be up this Black Friday, thanks to a strong economy and consumer confidence. Read more here ➡️ https://t.co/9hla4B8zZc

Professor Jim Vike (@WidenerPoliSci) weighs in on the political divisiveness that could bring voters to the polls in tomorrow's #midterm #elections. Check out the @delcotimes story ➡️ https://t.co/yMisNXQPda