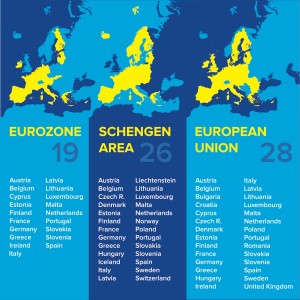 My remarks after the European Council meetings on 13 December 2018 https://t.co/sTLobXTxAt#EUCO #Brexit

Interesting contribution by Trinity’s @etaintannam on @IACESinfo on perennial topic of Brexit and implications of withdrawal agreement for Ireland north and south:https://t.co/8hdNTEoF7A

#Brexit: Parliament's Conference of Presidents indicated that the withdrawal agreement is fair and balanced and the only deal possible. It is therefore not open to renegotiation https://t.co/NodY8K1wpS pic.twitter.com/R2P8uY3vYK

Revoking #Article50: A view from the Inside

"#Brexit is the story of a proud former imperial power undergoing a mid-life crisis."

"While many Brits have strong emotions about the EU, they rarely have a strong understanding."

This, surely, will be a speech future historians will pore over as one of the extraordinary moments in a quite unbelievable constitutional debacle.#BrexitShambles https://t.co/yPkfUcfVUC

We take no position on #Brexit or on whether a further referendum should be held, but our new report today seeks to inform debate about the practicalities, and guide sensible and responsible decision-making #PeoplesVote @UKandEU https://t.co/BpD1AWciVu pic.twitter.com/e0LIXDS1lX

If you are among those asking this question today, you can find plenty of answers in our analysis here: https://t.co/BpD1AWtUk4 #PeoplesVote @UKandEU @UCL_EI https://t.co/qOsm9FvjId

Is a second #Brexit referendum feasible? The latest analysis from @BBCRealityCheck draws extensively on our research to examine how long such a vote would take to organise.https://t.co/ZQ9ibfp8qQ#PeoplesVote

NEW BLOG: The myth of a growing sense of English identity. John Curtice discusses the extent to which those who identify as having a distinctive English identity have grown in number, and the resulting impact on support for separate English institutions.https://t.co/ILsmL5Edbz pic.twitter.com/DMl38haTMY

With the exception of section 17, the Court ruled that the Bill was within competence when it was passed, but it also decided that the Withdrawal Act has rendered many of its provisions outwith competence before it can receive royal assent, making large parts of it a nullity. https://t.co/2OV0Y5vARe

The EU Court of Justice has ruled that the UK can unilaterally revoke its intention to withdraw from the EU. https://t.co/UDPy539seI

ICYMI: With MPs appearing poised to vote down the Withdrawal Agreement, a referendum could provide a way out of the apparent deadlock. But how would it work in practice? Meg Russell and @alanjrenwick answer the key questions. #PeoplesVote #Brexithttps://t.co/GO3bw60HBD pic.twitter.com/pS3j2riJGJ

What a week. And yet, to coin a phrase nothing (much) seems to have changed. Read our latest newsletter to make sense of it all.https://t.co/CDuH17q5Ei pic.twitter.com/oRJHLi88Ql

WATCH: Lord Heseltine makes it clear that the only way to break this parliamentary impasse is to give the people a decision through a #PeoplesVote.

READ: Without a People’s Vote on the final Brexit deal, it is likely that the impact of Brexit on BME people will be swept under the rug as an incidental detail. https://t.co/yBAvCxEStg

"The 30 months of contemptuous treatment of the opposition parties by the PM on the question of Brexit – & her scorn for any suggestions from the likes of Jeremy Corbyn, Nicola Sturgeon or Vince Cable – have ground away any possible support for her deal."https://t.co/1fd2wVxu66

Rolls-Royce has announced that it will be shifting work from Derby to Germany to limit disruption caused by Brexit.https://t.co/3Vj5epueWK

"The public must be aghast at all this infighting. But there’s a big silver lining in the cloud. They will realise that the whole Brexit process is turning into a horror story."https://t.co/fGlqm3XqZi

"In short it is clear that former leave voters like myself should push for a second referendum and then push further still for the full integration of the UK into the EU, consigning our then redundant MPs and Parliament to the history books…"https://t.co/0ljhtNSv4s

JOHN MAJOR: "It’s clear we now need the most precious commodity of all: time. Time for serious and profound reflection by both Parliament and people."https://t.co/Dk84UdZoic

Brexit is a failed project. Labour must oppose it | Paul Masonhttps://t.co/5oB3vhqUJI

So hospitals are racing to combat the ‘toughest ever’ winter crisis…

…and this winter crisis could be the worst yet, as thousands of EU staff have left the NHS since the 2016 referendum.

BREXIT IS HURTING THE NHShttps://t.co/6ED04e57Uo

The government underestimated pension costs of all public sector workers by as much as £4bn a year, meaning that the NHS will have budget cuts by £2.7bn.

We can't afford more cuts on top of the funds we'll lose if we leave the EU.https://t.co/Ub5XeSYYVs

This morning, the European Court of Justice has ruled that the UK can unilaterally revoke Article 50. Read our brand new analysis of the judgment and its implications for the UK https://t.co/wlW5lQBFPp

MAY: I’ll be fighting to remain.

This is it. Will Brexiteers finally oust her? https://t.co/OX0gwNW8Aq

BREAKING: "We now need to get on with the job of delivering Brexit," Theresa May says after winning confidence vote https://t.co/dmIjrRyZNK pic.twitter.com/Sglxxc6vJz

Philip Hammond says he believes the vote will "flush out the extremists" pic.twitter.com/dU3KvUacxR

More & more people have realised that Brexit was built on a fantasy that we could keep all the benefits of being in the European club without paying any of the membership fees – a leading Brexiter called the ‘Have Your Cake and Eat It Strategy’. https://t.co/pLX7uZyuXV

Brexit is a major and growing source of uncertainty for firms https://t.co/xbu1OHXxDw

The only thing that has kept May in No 10 this long is British establishment fear of a Corbyn govt. The establishment media, City of London, security and armed services establishment, civil service – all dread the prospect. #Corbyn #TheresaMay https://t.co/Geds6riEb8

UK's health minister warns that medical drug companies to expect six months of 'significantly reduced access' to trade if there is a no-deal Brexit https://t.co/K2xKTsBbM7

Big #BrexitBetrayalMarch in London. The British people VOTED for #BREXIT and #theresamay and the EU are sabotaging it. pic.twitter.com/39CCwXWSHZ

#therealbrexitdebate #ch4 no-one representing the people in my research. 'We don't exist to them, do we?': Why working-class people voted for Brexit https://t.co/YQ70p3Cm4O via @LSEEuroppblog

Theresa May reiterated her ultimatum to MPs this morning: my deal, no deal or no Brexit. Now a new YouGov MRP model has put that same dilemma to the public. On first preference, Remain wins in 600 constituencies…https://t.co/tOmcZKZdQg pic.twitter.com/RdpA7hKBiT

What is the #MeaningfulVote?
We asked Liam Laurence Smyth, the House of Commons Clerk of Legislation to explain. pic.twitter.com/gtcAAL6fWN

How could the different #Brexit scenarios affect the UK economy? And what did the Government’s analysis of the potential impact show? Our latest Insight answers these questions https://t.co/LJXziIbAOE pic.twitter.com/NVy2Ukykjy

"The future success of our country depends on us executing the instruction of the British people in the referendum… in a way that minimizes the impact on our economy and maximizes the opportunity that we have in the future so that we can come together as a nation". pic.twitter.com/2QQLTxOlkP

A divided country is a poorer country, so let's end talk of who 'won' or 'lost' in the referendum and work together in a spirit of compromise to secure the UK's future outside the EU. Read my piece in @MailOnline here:https://t.co/KArTpRucnJ#BackTheBrexitDeal

Disagree with May’s Brexit deal? Fine, but be honest about the alternatives https://t.co/5Bs2V6c5VT

As #Brexit developments unfold, why not catch up with some of our latest #policy podcasts, featuring fantastic insights from Co-founder of @openDemocracy, @AnthonyBarnett, former Foreign Secretary Lord Owen, and author of #Article50, Lord Kerr: https://t.co/Ym4lBGjwDh pic.twitter.com/ovMXk5Tp5U

In the UK, #Brexit politics put much of the government on hold. Parliament has passed little significant legislation in the past year. Not so for the EU https://t.co/q9MxZpKva2 via @WSJ

PLF Enrico Letta fears instability in Europe should there be a chaotic outcome to #Brexit negotiations https://t.co/smD4m9m89j

This, by ⁦@rolandmcs⁩, is a well researched and thoughtful analysis of the options on the table. Well worth a read. He comes down in favour of May’s Deal. I am broadly sympathetic (although I deeply wish we’d voted to Remain in the referendum) https://t.co/avscWaRmfU

'Brexit is the teenage tantrum, the slamming of the bedroom door, the “I’ll be better off without you” scream of someone who has actually jilted themselves.' https://t.co/nC24pfuHnX via @IrishTimesOpEd

"The future EU-UK relationship is still in limbo. But uncertainty has already begun to unravel the fabric of legal integration, with UK judges submitting 23 to 30 per cent fewer questions to the Court of Justice since the referendum." https://t.co/rlaJxy9lB6

The UK may be leaving the EU, but Euro-English is here to stay https://t.co/qeMS0B82XB

Universities are a bargaining chip in the #Brexit free-trade future https://t.co/YIJewLckmx via @LSEEuroppblog #education #HE

"Theresa May cannot say she has not been warned. Brexit poses a mounting threat to the unity of the UK. Nor can she dispute the eminence of those who have been doing the warning."https://t.co/6TlfnsLzit

If Theresa May gets a withdrawal agreement with the EU then there will be much fanfare & relief. But just because the bar has been set humiliatingly low it does not mean that MPs should feel compelled to jump over it. My latest @theipaper column: https://t.co/z50b1YNPTl

UK Prime Minister Theresa May announced plans to hold a nationwide festival in 2022 to celebrate Britain's scheduled departure from the European Union next year, but it was quickly mocked on social media https://t.co/4B1CdQnOTy pic.twitter.com/zgzWtnzRwr

‘Time for #TheresaMay to channel Churchill, Nelson and Falklands heroes to save #Brexit’ https://t.co/mnl03aRykZ pic.twitter.com/0bFG3qcwa7

The celebrations would be much bigger if Brexit is stopped. https://t.co/xoYDpIWt1p

Brexit: Salzburg summit and hard choices of the endgame via @RTENewsNow https://t.co/Kpej7b1gcg

July #Brexit Bowl – Final Brexit agreement pushed to October or later after the Council meeting. The clock is ticking towards the 29th of March – read our piece for further analysis https://t.co/WbNAy20paH pic.twitter.com/2dtAUpYwsV

Take just one minute to watch Tánaiste @simoncoveney talk about the importance of the relationship between Ireland and the UK and explain why avoiding a hard border is so essential. #Newsnight https://t.co/G10vblqfTI

How is Ireland getting #BrexitReady? Information about supports, advice and events around the country is available at https://t.co/Sq87EsN3nU pic.twitter.com/yGDYQRgG6u

UK Prime Minister Theresa May discusses #Brexit ahead of EU Summit in Salzburg.

A lot has been said about the Chequers agreement, the White Paper and what it actually means for Brexit. I want to take a few minutes to explain what the government has agreed, and what this means for us leaving the EU. https://t.co/T96i09mUYx pic.twitter.com/rCswFBlHAc

The Common Travel Area (CTA) will be maintained after the UK leaves the EU. British citizens in Ireland and Irish citizens in the UK will continue to be able to move and work in each other’s jurisdictions, and to enjoy associated rights and entitlements https://t.co/bP23bQ3aSD

Today, the government sets out its second batch of Technical Notices with advice and guidance on the No Deal scenario, and Cabinet will review departmental plans. Our top priority is a good deal with the EU, but the UK will be ready for any eventuality.https://t.co/bRvPyhrAAF

You can now watch today's #PMQs over on our YouTube channel: https://t.co/4dxBnTLjeR