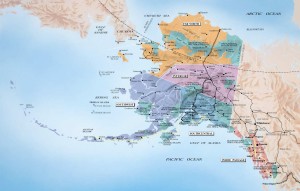 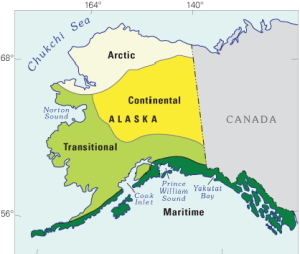 Alaska became the 49th state of the union 60 years ago today. pic.twitter.com/LBDFKAr8PN

Today is the 150th anniversary of #AlaskaDay! #OTD in 1867, the US took possession of Alaska after purchasing it from Russia. pic.twitter.com/RpJcCXwU2w

#OTD In 1942, the Alaska Highway, also known as the Alcan Highway, was formally opened at Soldier’s Summit in the Yukon Territory https://t.co/TMaZ7J0f7A pic.twitter.com/Qg9JtQGmU0

Behind the scenes at our photoshoot for the upcoming September issue, featuring members from #AlaskaNative Regional Corporations @BristolBayToday, BSNC, Koniag, @Sealaska, Chugach Alaska, and @NANACorporation. Special thanks to our stars and photographer Judy Patrick! pic.twitter.com/K0Afw3hELT

BBNC’s Intern Insta Takeover has ended, but you can still follow us @bbnc.ak to look back! Check out this video & see a few highlights. pic.twitter.com/5BKgfaNuXx

If you haven’t yet, be sure to read this great article about Belleque Family Farms in #Dillingham! https://t.co/ZQqYsuG0W1#BBNC #Alaska pic.twitter.com/eUKcZMFXlj

Thank you to @ktva for the coverage of our holiday turkey donations. 30 turkeys were donated to members of the Mabel T. Caverly Center Thursday – part of our overall donation of 450 turkeys to 10 local non-profits. https://t.co/arnwibDtAB

Anchorage and surrounding areas have responded so well to the aftermath of the earthquake. Thank you to the @USPS for keeping the mail coming! https://t.co/CTdlIfKKHJ

Pleased to be reporting good progress on the acquisition of ML&P. https://t.co/Es9vuLqpFx

Many of us had to work on Summer Solstice, but you can still celebrate the arriival of summer. @ANCdowntown is having an all-day celebration Saturday. https://t.co/IMDlKgTAS2

Congratulations to NMS and Seawolf Dining for receiving the 2018 Industry Leader Award for safety performance at the University of Alaska Anchorage. https://t.co/Q7CUX5qeX7

John Hendrix, President of NANA’s Commercial Group, is featured in the December issue of Alaska Business Magazine. He discusses the landscape of oil and gas development in Alaska, and NANA's plans to support and help grow responsible resource development. https://t.co/tCYoaRB1Ef

Dr. Katey Walter Anthony at the @uafairbanks and her graduate student NANA shareholder Janelle Sharp have led this methane seep study featured in the @washingtonpost: https://t.co/y3jImDK9xN.

NANA VP of Government & External Affairs, Liz Cravalho, along with Teck's Greta Schuerch jointly describe NANA’s partnership with RDM and how this investment has created approximately 2,800+ jobs statewide, while also producing $$$ in revenue for Alaskans. https://t.co/fLrtwwR0z3

We have had to relocate a few clinics for Monday due to ongoing minor repairs to the clinical and support space in the Healthy Communities Building. Please check link below for latest updates: https://t.co/x3utLlaIqb

Forecasters are predicting between 3 and 6 inches of snow will fall in the Anchorage Bowl and up to 9 inches on the Hillside starting this evening https://t.co/2hMD4WOI92 pic.twitter.com/Csr1hvnbtH

Do you smell gas or hear hissing? Here’s how to shut off your gas after an earthquake. https://t.co/Ys8JcJaamS

How does connectivity impact search and rescue in rural #Alaska? Perry Barr, vice president of #Bethel Search and Rescue, explains in the latest episode of @GCIArctic’s #ThinkArctic: https://t.co/MGaElCmnbX. #AlaskaBornandRaised pic.twitter.com/jVMdLdcp5c

Need an assistant to read you the recipe? Just ask your Google Home to do it for you. Get the Google Home for free with GCI’s smart home bundles: https://t.co/hjNxXWWXkw. #GCI #AlaskaBornandRaised pic.twitter.com/lG47GMnBM1

Here are some helpful tips from FEMA on how to connect with family and friends during an emergency: https://t.co/KK4OqbXtXW 3/3

#GCI Chief Marketing Officer Kate Slyker tells us why she’s been volunteering for @covenanthouseak since she was 16 years old. Donate now to this week’s #SleepOut: https://t.co/edb81s8X84. #giveback #community #Alaska pic.twitter.com/gfuTAC1rXn

Happy #InternetDay2018. Today we celebrate the first internet transmission that occurred in 1969. Since 1979, GCI has built a network that connects Alaska's most remote communities and covers 97 percent of Alaskans. https://t.co/3CvxUOBFuo pic.twitter.com/dvQryGcnZs

❗️TODAY AT 10:18 am AKST, @FEMA is conducting a nationwide wireless emergency alert test. During the test your phone will make a loud tone, and display a test message. You can learn more at: https://t.co/02o6Eu6wEl pic.twitter.com/nsE6pzSmvY

GCI customers can make free calls from landlines and wireless devices to contact family members that may be affected by Hurricane Willa.https://t.co/yJIRGJ0wIj

We're just one week away from the #2018AFN Convention!

Can't make it to Anchorage? Join us on GCI or at https://t.co/p6M1ivJB6w to watch all the action live! #NativeInnovation pic.twitter.com/E2cBjVJvPm

"People in the north now have the freedom to decide." https://t.co/yi2xYrJdHf

"On the North Slope of Alaska, the culture of the Iñupiat centers on whales." https://t.co/OPkOt8zrL0

An inside look at how Inuit culture lives on in today's modern society: https://t.co/0H8XI8yJZu

Proud of the work that ASRC Chairman and AEWC Vice-chair Crawford Patkotak contributed to this effort! https://t.co/pY5HFV4EEP

Recently, @redcrossak was able to install free smoke alarms in homes across Kaktovik, thanks to the generous support of @ASRC_AK, @ASC_Foundation and the North Slope Borough. #ThankfulThursday #EndHomeFires
Be sure to read more about the trip on our blog! https://t.co/pgAEPdCyFZ

Watch “Get Ready! – Union Apprenticeships” by @AhtnaInc on #Vimeo https://t.co/xQq9rz8Ftd

Watch Ahtna Voice of the Elders (The Past • The Present • The Future • Co-Management) Video. View at http://t.co/qNIPp2NJUC via @YouTube

Zachariah Martin of @AhtnaInc shares his traditional #Athabascan attire worn on the set of a photoshoot featuring him and other members of #AlaskaNative regional corporations. Look for our stars in the upcoming September issue! pic.twitter.com/t8Ek7AHVfz

Thank you to members of the Ahtna community for their patience as we look for solutions together. Ensuring that indigenous voices are included in the management of AK's lands & wildlife is a cornerstone value of our administration. #strongeralaska #akleghttps://t.co/hWRRoMmrHx

During the early stages of ANCSA, Calista’s regional leaders identified the Donlin Creek area as one full of potential: to fulfill an ANCSA mandate to safely and… https://t.co/iTzMC8ax1y

Quyana Cakneq to everyone at First Alaskans Institute for working to connect the Elders & Youth from the #Calista Region and across #Alaska. #AlaskaNative #EY2018 pic.twitter.com/is92KYbODG

Miss the videos?
Calista Corporation has heard from Shareholders that they would like to know what Calista presented at each Annual Meeting. For the first time, we have created a videos of the Board Chair and President/CEO presentations. The… https://t.co/TchQPFAsiE

U.S. Transportation Secretary Elaine L. Chao called projects that received a part of $1.5 billion in discretionary grant funding, "a down payment on this administration’s commitment to America’s infrastructure.” https://t.co/fKgYLTrjoi

Check out this map of damage locations to DOT&PF roads (plus a few more). Some of these damaged locations have already been repaired & some will be repaired in the future. All bridges have been inspected by our engineers & have been determined safe for travel. #AlaskaEarthquake pic.twitter.com/rwkvdWjn23

Though Native Americans were granted U.S. citizenship in 1924, it wasn’t until 1970s that all Native Americans could vote. Our vote is our voice and #EveryNativeVoteCounts. Let’s continue to make our voices heard. #NativeVote #NationalVoterRegistrationDay pic.twitter.com/2I2N8N2dvN

Last week at #2018AFN, Margaret Agnguarta Roberts (pictured, left) & two other members of the #Kodiak community were honored for their dedication to #AlaskaNative people. Their service to the #Alutiiq community, was also recognized by the @AlutiiqMuseum: https://t.co/Lwod38IRjO pic.twitter.com/jxe0M2g0dC

An Alutiiq woman begins to learn her native tongue, decades after the last person in her family who spoke it passed on. What it does to her perception of of the world around her is extraordinary. https://t.co/W2BZxtIBP6

Job hunting in Anchorage? We ranked the best companies to work for:

Alaska fishermen who took advantage of new regulations allowing them to fish with a previously banned piece of gear are happy they saved their catch from hungry whales. https://t.co/SzQjPv8OQq

Alaska Gov is shaking up the Dept of Fish + Game with unconventional, high-level appointments which should fare well for out-of-state trophy hunters, and poorly for wolves, bears, and endangered species like humpback whales + Steller sea lions. https://t.co/nzvjpNwn0R