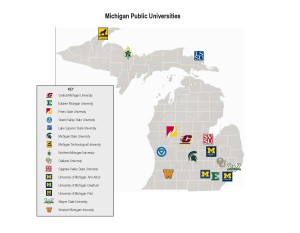 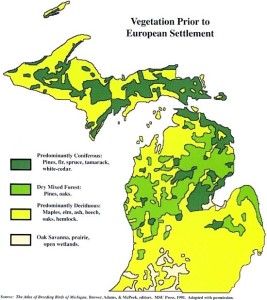 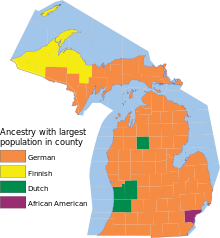 We’re developing technologies that help change the world. From the first mechanical heart pump to deploying #SelfDriving cars, we’re in pursuit of creating a better world for today and future generations to come. https://t.co/mRK0J7mTAN pic.twitter.com/PIQo5gYIBq

Mandi Damman, chief engineer of #autonomous vehicles, leads one of the many teams busy building a driverless future backed by our vision of a world with #ZeroCrashes, #ZeroEmissions and #ZeroCongestion. See how they plan to change the way #mobility works: https://t.co/MlH9Hv1wzW

We’re investing in the right technology for the future. Listen to our Chairman and CEO, @mtbarra, share our vision and strategy for the road ahead. https://t.co/T2UiqWd1kP

As an open, inclusive company, we’re creating an environment where everyone feels valued for who they are. Proud to be recognized by @Bloomberg for leading the way towards an equal workplace. #BloombergGEI https://t.co/bPx9xA8k9E

As we gain momentum into our all-electric future, @Cadillac will lead as the #electric vehicle brand. The level of luxury and innovation will help meet the needs of customers around the world. https://t.co/K6g1afG2q5 pic.twitter.com/PgRiVzOo6y

More than 1,500 GM U.S. hourly employees impacted by our previous manufacturing announcements have volunteered to transfer to other plants. Of those volunteers, more than 700 employees have been placed to plants with products in the key growth segments. https://t.co/miuAT0OXt1 pic.twitter.com/h2rBbaEgY2

The future is coming fast. Today, we reaffirmed that even in an unpredictable world, we have the right strategy to lead in our core business and the future of personal mobility. Learn more about our 2019 outlook: https://t.co/xXi4cw3Y0G pic.twitter.com/fAGdEN0hi0

Driverless technology is shaping the future of personal mobility. Hear from @Cruise Founder Kyle Vogt as he discusses how the scalability of #SelfDriving vehicles can improve cities around the world. https://t.co/e3mttj8FJo

As part of our #ZeroEmissions, all-electric vision, we’re collaborating with @evgonetwork, @ChargePointnet and @greenlots to establish access to the largest #EV charging network in the U.S. https://t.co/kWUktIY6Eo pic.twitter.com/0e4zlFowq3

As a company first, we delivered more than 1MM crossovers in the U.S. in 2018. In 2019, we will continue to build on our strategy to be highly agile, resilient and profitable while giving us the flexibility to invest in the future. More on our Q4 sales: https://t.co/zp7D4a9epX pic.twitter.com/xzLcycvyO2

We’re committed to a future with #ZeroCrashes, #ZeroEmissions and #ZeroCongestion. The world will continue to change, but our commitments to our customers, our products and making the world a better place through innovation will remain. https://t.co/Pmrv8NtmCA pic.twitter.com/dtjXGEuKRq

Commercial fleet has proven to be one of the fastest-growing parts of our core business. Under the leadership of Ed Peper, we’ve shifted our sales mix to have the right balance and grown our portfolio to become a one-stop shop. https://t.co/NehnBTjNM9

Eighty years ago, we created the industry's first concept car. Today, we continue to push the boundaries on innovation to lead our industry to new heights. https://t.co/yZfV0lP1JU pic.twitter.com/g9VnhwaLj4

As part of an ongoing commitment to operate with clean energy, our renewable energy now powers 20% of our global electricity use. This brings us closer to our goal of 100% renewable energy by 2050. #ZeroEmissions https://t.co/UcpRMlxFra

For many cities, electric vehicles and ride-sharing services are helping solve issues of growing populations. See how @austintexasgov and @MayorAdler have prioritized electrification in a Q&A with our VP of Global Strategy, Michael Ableson: https://t.co/h99lrFGxrk

In their annual #AmericasMostJust list, @JustCapital_ and @Forbes recognize 100 companies for their commitment to customers, the environment and diversity. In just one year, we jumped from #70 to #14 thanks to the dedication and ingenuity of our team: https://t.co/RVaM0rrrAO pic.twitter.com/5QVO4HoPfw

Local @GirlScouts recently explored and discovered our #GMDesign Center. We paired them with female designers at several hands-on stations to experience what a career could be in art, #technology and innovation. #STEM #GirlScoutsRock https://t.co/w4LfJuqHEm https://t.co/mFEMsZecAV

Working with @NASA on projects like our robo-glove and the lunar rover is an example of the many partnerships we pursue to not only change mobility, but make the world a better place. https://t.co/wAcAWzfr6V pic.twitter.com/7Z1q4Rgxwj

Congratulations to Dan Ammann. This move further demonstrates our commitment to transforming mobility through the safe deployment of #SelfDriving technology. https://t.co/qzzAaDUEcV https://t.co/D8TQyD45aB

At General Motors, #WeSeeAFuture with Zero Crashes, Zero Emissions and Zero Congestion. As a part of this vision, we are building two innovative, integrated and connected eBikes and crowdsourcing a brand for them. Learn more about our eBike and contest: https://t.co/loSN4Tq6qe pic.twitter.com/2d3mxlst35

The Mercy Midnight Storm, an all-girls @FIRSTweets Robotics Group, is a force to be reckoned with. Watch out for these young #WomenInSTEM. https://t.co/DFEYogkqyH pic.twitter.com/JZ3V7akUwF

#DYK? We recently appointed Jamie Miscik to our board of directors. We now have an equal female to male ratio on our board and are excited to broaden our insights with so many diverse perspectives. https://t.co/f49Sl6T0C2

We’re always looking for new ways to reduce energy. Find out how one of our #engineers, Kevin Wagner, was awarded the best energy savings campaign by the Independent Electricity System Operator (IESO). #ZeroEmissions pic.twitter.com/1HkNGWkOH6

Sharon Gauci, executive director for industrial #design, was one of only two women in her industrial design class in college. Today, she’s one of our top design leads, concepting designs of the future. https://t.co/Iva97ek4fK

Our Arlington Assembly Plant has earned a spot on the @EPA National Top 100 Power Users list – we’re celebrating with a new wind farm and plans for even more green power! https://t.co/4KntHIjzJc #Sustainability

.@Forbes asked @mtbarra 8 questions on how we’re reshaping the future of transportation. https://t.co/ZD1ztaNVXe

Together, we can get to #ZeroEmissions. We’re ready to take the next step with a 50-state solution. Are you? https://t.co/J7CsXljnCb pic.twitter.com/6ArsRnleD1

Want to know who inspires the women who inspire us? @FortuneMagazine asked 14 of their notable Most Powerful Women – we’re not surprised to see whose name came up time and time again. https://t.co/FZglVz3r8q

Recently, @mtbarra talked about where we’ve been and where we’re going. Discover our #ElectricVehicle growth plan. https://t.co/DQTnsRwomi pic.twitter.com/801qE4aoWW

One step at a time – that’s what led Detroit native and @MIT grad, Rachael A., to a career with us as a Compartment Integration Engineer. Now she’s mentoring the next generation of #WomenInSTEM. #WeAreGM pic.twitter.com/1AFlLqol1K

Listen to GM’s Tonya Hallett and Myron Lloyd discuss how being “courageously curious” makes you the most sought-after talent in the industry. #WeAreGM https://t.co/pnOGnhBfKQ

Together, we can make a bigger impact. @Chevrolet is dedicated to helping make it so that no one — from survivors, to those currently undergoing treatment, to the more than 250,000 people who will be diagnosed this year — has to face breast cancer alone. https://t.co/Nr3Cz7Q1ZC

We brought in a different kind of recruiter to attract the best and brightest thinkers to change the world. Find out what our dream team looks like to our CEO. https://t.co/EOoK9pPHhv

Congratulations to all the finalists and thanks to all participants for helping to build the future of #STEM! https://t.co/84i6VmQocw

Always looking for new ways to innovate. Engineers from our Canadian Technical Centre joined forces with the team from our Oshawa Assembly Plant to create an initial design concept for a new truck assembly line by simulating a production line environment with virtual reality! #VR pic.twitter.com/TBYJMM1ONy

It might sound counterintuitive for a car company to make a product that serves as an alternative to cars. But that's exactly what General Motors is doing. https://t.co/XdywYgsxSI

GM wants to power all its global facilities with 100 percent renewable energy by 2050. https://t.co/AmJDPA3yu3

General Motors is jumping into micromobility with a crowdsourced e-bike brand https://t.co/orbgRH7BK4 pic.twitter.com/Gq1IZS7uoK

Is the future of the auto industry driverless cars? General Motors CEO Mary Barra is live with @andrewrsorkin at the @DealBook conference discussing how she steered GM out of crisis and what's next for the industry. https://t.co/8JAEYi9Pyp

After comprehensive back-to-back testing, we arrived at a winner. The Motor Authority Best Car To Buy 2019 is the @Chevrolet Corvette ZR1. https://t.co/Er7c8KX010 #BCTB #BCTB19

Hey Boston – Did you know that Maven expanded to @BostonCollege? Now you can choose from 50 cars across 15 stations throughout the city. Check it out: https://t.co/05Xfghadcw

. @mtbarra already made history by being the first female #CEO of a Detroit-based automaker. But after she announced @GM's all-electric vision for the future last year, she is now out to prove that a “supercentenarian company can change the world.” #leaderhttps://t.co/r1hOljMXLv

How automakers are helping older workers return to the job https://t.co/BDPjDjJPIg via @freep

We made substantial improvements in safety and ride quality during 2018. So proud of the Cruise team for getting us to this point. 2019 is going to be an exciting year! https://t.co/kfLXnzYtJ0

…Today, we have a plan for the majority of employees currently working at our impacted plants in Maryland, Michigan, Ohio and Oshawa, Canada that includes job opportunities at other GM facilities. We're committed to doing the right thing, for the future of GM and our people.

GM's Barra: We have more products to build in U.S. https://t.co/4i3vkgKEUF via @detroitnews

Trump may cut subsidies for GM after the company announced it would fire 14,000 people & close 7 factories due to fallout from the #TrumpTariffs. “Very disappointed w/ General Motors & their CEO, Mary Barra, for closing plants in Ohio, Michigan & Maryland."https://t.co/fdKSL7rQZw

I was very curious to see how the MAGA crowd would justify the GM news and now that they're in my mentions they all say the same thing: Mary Barra is uniquely greedy and evil, it is her fault and hers alone. Looks like team Trump-nuts found the first greedy CEO in history! https://t.co/wXTbO2SsKN

Presidential threats can't change the challenges facing GM. In fact, Trump's policies have made them worse.

Economics columnist Jon Talton takes a closer look at the pressures on General Motors and its CEO Mary Barra. https://t.co/KOPshfIwTJ

Trump said he told GM CEO Mara Barra: "This country has done a lot for General Motors and you better get back [to Ohio] soon" https://t.co/JYTN8g4nmA

Wasn’t GM CEO Mary Barra on President Trump’s Business Advisory Council early on? (Before it imploded and was disbanded as everyone resigned) https://t.co/lzJcq0EOuR

"General Motors is not going to be treated well": President Trump said GM CEO Mary Barra made a "big mistake" by laying off thousands of workers and pledged to retaliate against the company https://t.co/MMFFH6YGxQ pic.twitter.com/1eT3TmtDRz

"General Motors is not going to be treated well."

President Trump attacked GM and its CEO Mary Barra in a Fox interview Thursday, saying "she’s making a big mistake" in not diverging from plans to close five plants and eliminate as many as 15,000 jobs. https://t.co/P3EcSXVDez

"Mary Barra is doing exactly what she should do," the board is fulfilling their fiduciary responsibilities, and Barra is responding to the market. pic.twitter.com/GahLGKSjVw