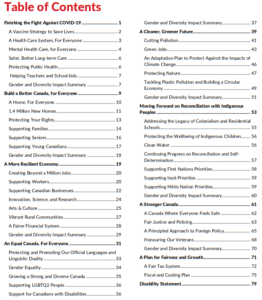 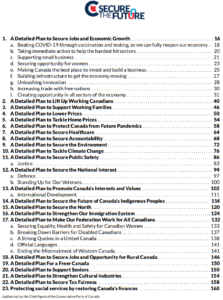 Ready for Better: New Democrats’ Commitments to You | @NDP 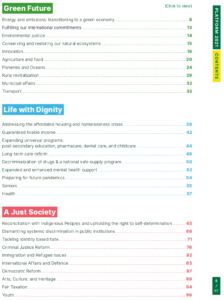 It's been a stressful election. Watch Maclean's colour in the results as they roll in on Sept. 20 during a quiet, relaxing, ASMR livestream. You can even print the map and colour along. #cdnpoli https://t.co/K6ci3IBWyW

Emilie Nicolas: Before weighing in on Bill 21, Canadians should learn from the Quebecers at the frontline of that battle https://t.co/ijvxul12nA 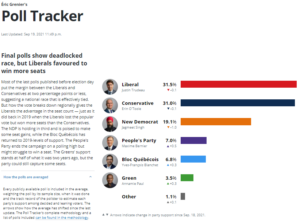 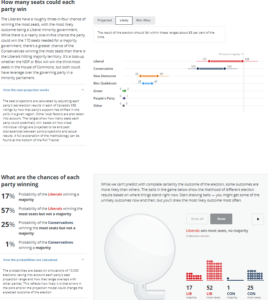 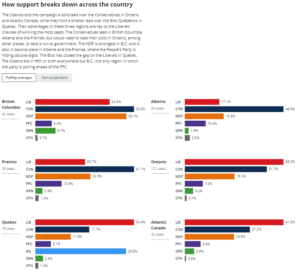 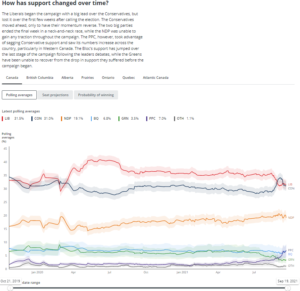 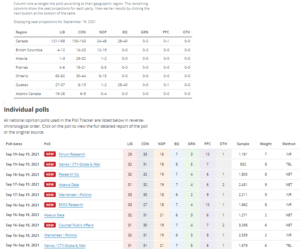 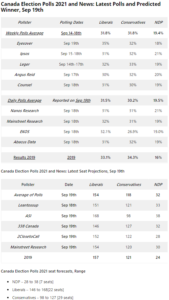 We banned military-style assault weapons in this country. Now, we want to move forward, and work with partners to get hand-guns off our streets. https://t.co/6wDsZhMw7X

Climate scientists have said that the @liberal_party’s climate plan will fight this crisis with the scale and urgency it demands. Listen to the experts, listen to science, and if you want real climate action, vote Liberal. And let’s move forward, together. pic.twitter.com/3txl2XN4FP

Affording a home shouldn't be out of reach for young people and families.

Justin Trudeau promised to help. But for six years, he's backed rich developers and done nothing about speculators.

Jagmeet will make it easier to make rent or afford a home.https://t.co/dpxv2LJqFm pic.twitter.com/kWFS9JiBKF

It’s time for a new culture in politics.

It’s time to be daring.

Watch my conversation with @jordanbpeterson.https://t.co/GVISlWVUgF

Check out all Federal polling on @338Canada at: https://t.co/7yXX9RtvEx pic.twitter.com/ReTdChSD9w

Our final federal election survey is out!

@Polly_ASI's final numbers showing #LPC tantalizingly close to a majority, the #CPC down to 98 with the #NDP gaining 14 seats since the last parliament and the #BlocQc stable at 32. Greens stay at 2 seats.#PolCan #elxn44 Hopefully no more drama for today.https://t.co/gEc1YWZcPD

By the way, please don't only look at the topline numbers but also the probabilities and intervals.

New research from @Pembina and @SFU_REM found that across #Canada, provinces and territories are unprepared to deliver the emissions reductions needed for a safe climate.

THREAD: When compared with peer countries, the updated MLI COVID Misery Index points to high costs for only middling results in terms of Canada's approach to the pandemic. #cdnpoli #cdnhealth #covid19 https://t.co/9AC8oBOJp9 pic.twitter.com/bBPy7v0pRJ

Canada provides too much R&D support to small firms, not enough for large firms & could do better on commercialization, writes @policy_school’s John Lester in his new Memo. https://t.co/tRK36ssKc0 #cdnecon #cdnpoli pic.twitter.com/YCEWIayxiB

— The Conference Board of Canada (@ConfBoardofCda) August 4, 2021

We vote in MPs not party leaders. Ahead of #ElectionDay, get your local federal candidate to commit to tax reform.https://t.co/pAN1vrrgKe pic.twitter.com/N6OaGPbNyr

Canada needs to set a new course in strategic security – one that accounts for cybercrime, AI, quantum computing and the commercialization of space.

The security and prosperity of Canadians depend on it, says Robert Mazzolin in a new article: https://t.co/PzJoONP1XD #cdnnatsec