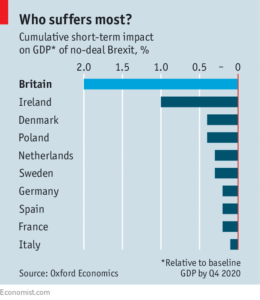 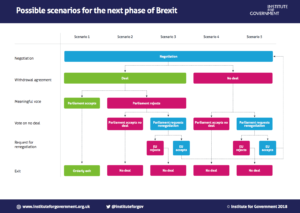 Brexit and Trade: It’s even more complicated than we thought.

“In sum, #Brexit has not been an economic success so far. There is no hope that it will be in the future” Read @JohnSpringford analysis of Cost of Brexit in full https://t.co/oPXzac8oB8

An unambiguous message from Ford – very hard to understand how any sensible/responsible policymaker could countenance a no deal #Brexit https://t.co/cRGxBXeWKA

NB – leaving the EU is just the beginning of a process that will drag on for years – hammering out the details of the future relationship promises to be an even tougher challenge than withdrawal, @SamuelMarcLowe https://t.co/U56ARFXGsC

A cautionary note for remainers, by @CER_Grant in @guardianopinion (printed in today's paper) – the EU expects a no deal #Brexit because it does not trust British politicians not to screw up https://t.co/Pljjl5d8qI

The question of what role UK will play in the global trading system cannot be fully settled until it clarifies the depth and scope of its future relationship with the EU, @SamuelMarcLowe writes in @Independent https://t.co/SNnut8uzk9

Latest CER estimate: the UK economy is 2.5 per cent smaller than it would be if Britain had voted remain. The knock-on hit to the public finances is £19 billion per annum – or £360 million a week.https://t.co/KwlCXDXruE pic.twitter.com/Wk8RkETxcr

Important thread on why EU now sees high chance of no deal #Brexit – fleshes out points @CER_Grant was making a short while ago on @euronews https://t.co/TcEhqukMhZ

What changes will Britain’s exit unleash in the EU? Could it embolden eurosceptic movements across Europe? Will commitment to climate change waver? Will the EU become less willing to use sanctions? Discuss @SophiaBesch & @CER_IanBond in @CER_EU podcast.https://t.co/A63wdp5xeG

#Germany is already obstructing all three of those, but thanks for offering to help. https://t.co/aph4mTxwnH

It's not. The EU, certainly #Germany, will make sure it does not happen — but make no mistake, the EU will force the UK to take part in #EP2019. And UK MPs are responsible enough to accept that. https://t.co/XVV9YvhlTS

Not much, because Brexit was always about horrible choices. The main mistake was failing to anticipate the Remainer swing to Labour in the 2017 election. https://t.co/IQcbZYGiC4

That's the problem. The costs aren't only short-term disruption. They are also long-term, because the economy will be more closed to trade and investment. This will cause big political problems, as I outline in the piece https://t.co/86JkPWZF9H

Charles is spot on when it comes to the position in Paris too. Maybe in the end Macron could be forced to accept an extension (if it was linked to a credible plan, with demonstrable majority backing). But it would be through gritted teeth. The goodwill has long gone https://t.co/oJiMCP80DW

Nothing like insulting one of the UK’s most consistent allies in the #EU by implying that allowing it to influence UK policy would be too awful to contemplate. https://t.co/Qr4uXPKm6o

Post Brexit, could the UK run an *effective* independent trade policy while in a customs union with the EU?

Yes, but it’s complicated. And there would be notable constraints. https://t.co/MiNY5H3gtW

I wrote a customs union explainer a year or so ago which unlike many of the ones you might read is accurate.https://t.co/86PLKtZFfH

Britain would survive no deal – but survival should not be the height of a country’s aspiration, writes @SamuelMarcLowe.https://t.co/LSTRcQgy4s

.@Reuters also quoting senior EU source: “Flextension allows for leaving the EU on July 1 as well. Only that they would have to finalise the ratification of the Withdrawal Agreement by then" https://t.co/u0mOHX2jPE

If there is long #Brexit extension, it would be possible for UK to hold #EP2019 elections and leave at any point once the deal is approved
– Open Europe's @pietercleppe told @AJEnglish pic.twitter.com/kPHNMDzXE0

"The EU has made clear it would be willing to tweak the Political Declaration very quickly" – Open Europe's @DomWalsh13 told @BBCNewshour pic.twitter.com/nQJTpEI9Jf

Looks like we might be heading for a Customs Union. Read my explainer here on what that would mean compared to the current deal.

Key point: at this stage, a customs union can become a much more likely destination, but it *cannot* be made "permanent".https://t.co/jbHzMI4IDC

And although we talk a lot about Tory divisions, Labour are split too pic.twitter.com/UlWlQgnbSW

NEW: @theresa_may has written to the @eucopresident asking for an extention to 30 June 2019 (this is the same date she asked for 2 weeks ago and was rejected). @donaldtusk has already said he is recommending extension to March 2020 with early exit option if deal passed early. pic.twitter.com/9DeyQ0R3h8

BBC News – Brexit: EU's Donald Tusk 'suggests 12-month flexible delay' https://t.co/kaFvTbG3Bl At it again. He does not speak for EU leaders on this. A long extension without a UK decision is not in the EU27's interest. Leaders need to take control

Here's another suggestion. File it under 'if needed'.

Best of all would be for May and Corbyn and @MichelBarnier to agree on an improved Political Declaration — perhaps as in https://t.co/XSZF7WPqsZ https://t.co/jLlU0TZvpK

Small observation: no reference to Ireland, the border issue, or the backstop.https://t.co/8OXnrOPxAN pic.twitter.com/4AJ02ozcc9

Michel Barnier @epc_eu emphasized that lessons must be learned as to why the British people voted #Brexit, how the #EU can respond more swiftly to legitimate concerns of members and their citizens, and how young people can be embraced, feel part of the EU and motivated to vote! pic.twitter.com/3pR8KeT7IN

“You are sounding like a member of the ERG, it’s your duty to be probing” Ken Clarke

Liam Fox: "A customs union a betrayal of Brexit"

International trade secretary says options being supported by Labour, SNP and others in tonight's votes are not "a proper #Brexit" https://t.co/5mAdiYmVE4 pic.twitter.com/GsHNseb8No

"You cannot betray the 6m people who signed the petition to revoke Article 50, the 1m who marched for a People's Vote, or the increasing majority who want to remain in the EU"

Donald Tusk calls on MEPs to represent the UK's "Europeans"

Is a customs union enough to guarantee frictionless trade after #Brexit? If you can never remember the difference between the customs union and the single market then this is the piece for you.https://t.co/U4oc3JOvmO pic.twitter.com/hlIeLsvwyh

Former International Trade Minister @GregHands sets out why a customs union is a "very bad idea" for the UK. pic.twitter.com/mieXb8gkEg

I’ve done a piece for the @Independent today on the growing momentum around a #FinalSay on Brexit and my utter delight at @unisontweets amongst other trade unions coming out in support of it! Please give it a read. https://t.co/Ut6HSSbNHO

"There is no version of Brexit that will benefit science and research." @sarahwollaston's speech to the #RevokeArticle50 petition debate on why it isn't just loss of trade that Brexit threatens us with. #ChangePolitics pic.twitter.com/u0pescWEtq

Despite the Brexit deadlock, @TheIndGroup's @Anna_Soubry believes there is "huge progress" towards a public vote.

A customs union post-Brexit really would be the worst of all outcomes. How can it possibly be a good idea for the 5th largest economy on Earth to surrender control of its trade policy to an outside body in which we have no voice?

People and businesses are stockpiling food and medicine in case of a no-deal Brexit. Are you stocking anything up for #BrexitDay? pic.twitter.com/c7QLK0cfnN

Clogged ports. Paralyzed manufacturing. Food shortages. Medicine shortages. A messy border with Ireland. A look at what a no-deal Brexit could bring to Britain. https://t.co/bVlMLYnsUx

#Brexit food for thought from @Foodanddrinkfed: More than 40% of UK food is imported. Chief, Ian Wright tells @jchatterleyCNN that produce prices will rise, quality will fall and labor shortages will bite in a no-deal Brexit pic.twitter.com/fTibzBEU1u

Britons do, however, think the reports that a no deal Brexit would result in food/medicine shortages are exaggerated or invented by 47% to the 35% who think they are realistic https://t.co/n2FCw1NEta pic.twitter.com/VnzdZzdTBc

Will #Brexit create a #coffee crisis for your business? https://t.co/2oSi8xiWRx pic.twitter.com/qJoxdzlYIG

Why does Brexit matter to the world?

Brexit supporters say that once Britain is outside the EU it can forge closer trade and political ties with the US and other faster-growing economies. https://t.co/82hoohHbKg pic.twitter.com/D05RF1RPAq

BREXIT SPECIAL: on #BrexitDay, the day the UK was due to exit the EU, we present a special podcast playlist & look back at how Trinity's Arts and Humanities have analysed Brexit. Read & Listen now: https://t.co/5DiNRNRBIe #hubmatters #behindtheheadlines pic.twitter.com/bQ1jj2Gni9

Catch @LuukvMiddelaar on the fantastic #BrexitRepublic podcast talking to @tconnellyRTE about rule-making vs politics and how the #EU deals with borders. Luuk will be speaking at the @IIEA in #Dublin next Tuesday, tickets still available. https://t.co/dzA4W91WGA

Does your business trade with the UK? You'll need to register for an EORI number with @RevenueIE. Find out more about how to prepare for #Brexit here: https://t.co/re4iGpsxNc #BrexitReady pic.twitter.com/sRwpoG0DbT

This week’s #Brexit developments have brought the ‘WTO Option’ back into sharp focus – our latest paper ‘Brexit: Myths & Realities regarding the #WTO Option’, examines the consequences of the #UK trading on WTO terms and implications for Irish border. https://t.co/9AiDPqAeRH pic.twitter.com/2TvZAHWJKh

No-deal Brexit may have steep costs for some sectors – WTO chief https://t.co/tPHMIz4hZp pic.twitter.com/6njnLIJuQz

A mussels farmer who exports his entire haul to the #EU is to stop work for 6 to 8 months until there is more certainty around Brexit.#Brexit is already hurting real businesses and real lives.

Demand a #FinalSay with the option to #Remain. #PMQs https://t.co/t3wKp8PlAQ

#French fishers in port of Boulogne fear fish will slip from their hands in event of no deal #Brexithttps://t.co/WUKI2J7jvO #france #fishing

In the interests of balance, I should point out Roger Daltrey would probably disagree.https://t.co/cBQv7la4L4

Leaving the EU on WTO terms – Briefings For Brexit https://t.co/P4W4vIBMPo

Whilst parliament tries all it can to stop a no-deal Brexit. The British people increasingly back a world trade Brexit. Parliament vs. the people. https://t.co/jvFLBqjYZP

“The widely-held view that the UK is ‘not ready’ to leave the EU on World Trade Organisation (WTO) terms is wrong. In fact, such an exit would now be perfectly viable thanks to preparations and agreements made over recent months.” https://t.co/VcFw75eM7J

I represent a leave constituency. The majority of people who voted leave in Swansea West did so for more money, more trade, more control over migration & our laws – & they're getting none of those things with Brexit pic.twitter.com/H0HYm0ilQ6

“It’s very disappointing that the Brexit process has now been entrusted to Jeremy Corbyn & the Labour Party. If Corbyn gets his way we’ll remain in the Customs Union so that we can’t control our trade policy. Brexit is becoming soft to the point of disintegration” @BorisJohnson pic.twitter.com/pcL9Aqy499

A Customs Union would mean the EU setting our trade policy with the rest of the world, without the United Kingdom having any say! This is an unthinkable outcome for World's 5th largest economy.

Email your MP & let them know your thoughts: https://t.co/JEpjf4gVuU#StandUp4Brexit pic.twitter.com/d9WgnvRnwT

Ken Clarke hits the back of the net yet again as he schools Andrew Neil on trade deals and tells him he sounds like a member of the ERG! Is Andrew happy that ERG members, in the pockets of American argibusiness, promote a US trade deal that is being shadow negotiated by the IEA? pic.twitter.com/W2qHC4qNA7

"We are standing here waiting to make a trade deal with a UK independent of the EU."

US security adviser John Bolton says the UK will be "at the top of the queue" for a trade deal with America after #Brexit.

How have you been preparing traders in your constituency for the significant barriers to trade with EU & RoW that any form of #Brexit raises? Did you tell them in 2016 that they'd lose all frictionless trade & RoW deals? Fishing likely to be gutted: https://t.co/jDgZEQaIoR pic.twitter.com/82Wdx9V8io

The world is changing fast. Are we ready for what is to come? The EU has to contend with unprecedented threats like #ClimateChange, #CyberWarfare, #Brexit and more. Read up on defensive strategies in our new “Building and fostering Resilience” report: https://t.co/LX6kpHupjt pic.twitter.com/LnndvKvm9G

On the quiet, #UK prepares for 'zombie' #European polls#TheresaMay #Brexithttps://t.co/XxGFEJf1ed